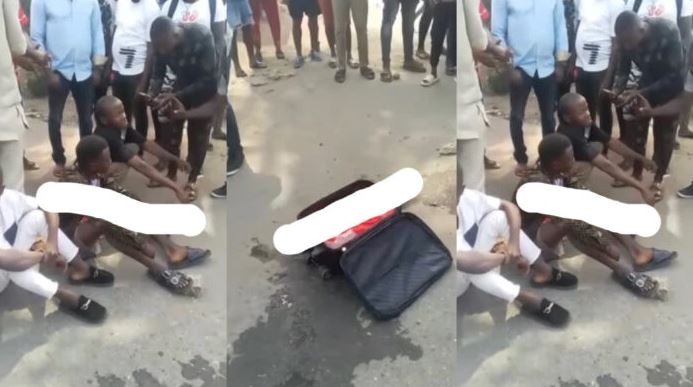 Suspected four people suspected to be Yahoo boys have been arrested at a hotel with a live snake under their luggage.

Yahoo Boys’ quest to find money the easiest way continues to blame their nefarious actions on economic, political, and societal problems such as the high rate of unemployment, the quest for wealth and affluence, and weak cyber-criminal laws in the country, among others.

In a video sighted on social media, the young boys whose ages would be determined between the ranges of 20-25 are seen paraded with their luggage which has a live snake beneath it.

People who were shocked to see such young boys have the courage to engage in an evil deed gathered and shared their views and scolded them whilst they were paraded by the Police.