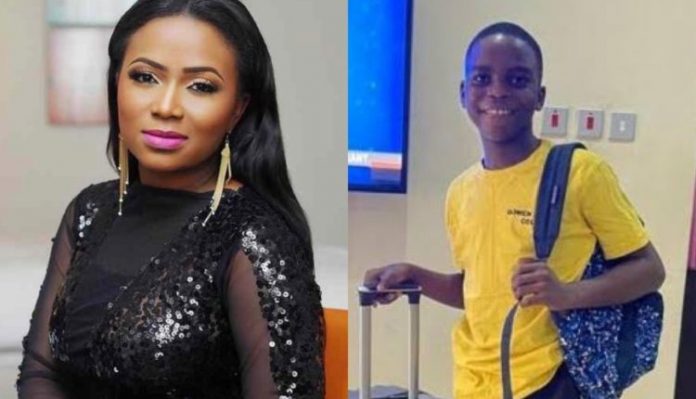 Media personality and Talent manager, Victoria Nkong, has revealed why the Director of Students and External Affairs, Lami Phillips, is in hiding and silent about the death of 12-year-old student Dowen College student, Sylvester Oromoni Jnr.

Recall that Dowen College is owned by the parents of the female singer and actress, Lami Phillips.

However, Nkong who is a close friend revealed that Lami has been off lnstagram for more than 2months now off and on long before this incident.

She revealed this via her Instagram account, @afriquechique, expressing that her friendship with Lami cannot buy her conscience.

Nkong wrote, “Yes I want #JUSTICEFORSYLVESTER but I also want coherent steps to be taken to unearth the truth so as to prevent a reoccurrence in real life

“For those of you asking for Lami Philips head, all I can say is that Lami has been off lnstagram for more than 2months now off and on long before this incidence so if you think my friendship with Lami is enough to buy my conscience then it means that you do not know me at all so I forgive your ignorance.

“Above all: Lagos state government should do an autopsy, interrogate the accused children and their parents, give the public feedback on their investigations as they go, a child’s life is involved here and we can’t base things on hearsay.”