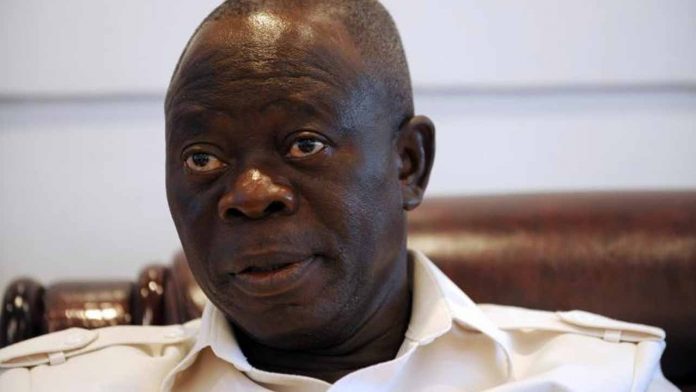 Governor Godwin Obaseki of Edo State may have got to the point of drawing new battle line with the National Chairman of the All Progressives Congress (APC), Adams Oshiomhole, in the crisis rocking the Edo State APC. This culminated into the suspension of the APC national chairman, Adams Oshiomhole, by the State Party in Tuesday.   There are apparent indications that the APC national leaders in Abuja may have been thrown into shocking tension over the intractable crisis in Edo State APC threatening to destabilize the state party. The tension was said to be deepened by the fear that Oshiomhole may take a counter decision in which he could invoke the federal powers to dissolve the Edo State APC EXCO and determine the expulsion of Governor Obaseki and the state party leaders from the APC.

The state party  leaders emphasized that APC Chairmen in the 18 Local Government Areas (LGAs) of Edo  State passed vote of no confidence on Oshiomhole, leading to the national chairman’s  suspension from the party on Tuesday.

APC State Chairman, Anselm Ojezua, and State Assistant Secretary, Ikuenobe Anthony, in a joint statement, explained that Oshiomhole was suspended for his alleged role in the crisis rocking the state APC in Edo. They added that the suspension became unavoidable to forestall what happened in Zamfara and Rivers states during the general elections from happening in Edo State in 2020.

“Consequent on the development, the State Executive Committee has adopted the vote of no confidence passed on him and the subsisting suspension order from the organs of the party in the state.

“The vote of no confidence on Oshiomhole and the suspension are the fallout of his role in trying to disintegrate the party in Edo State,” they declared.

The state party leaders maintained that the suspension was necessary to prevent a repeat of what happened in Zamfara State, where the APC was unable to field any candidate in the 2019 general elections.

They declared: “Comrade Adams Oshiomhole is the one behind the crisis in Edo APC. We have passed a vote of no confidence in him and he stands suspended from the party.

“We don’t want what happened in Zamfara State or other parts of the country to happen in Edo State.”

However, there will definitely be deadlock because the suspension is required by the APC constitution to be ratified by the party national leaders in Abuja which Oshiomhole presides over. 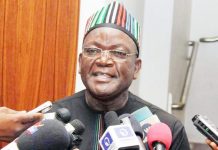