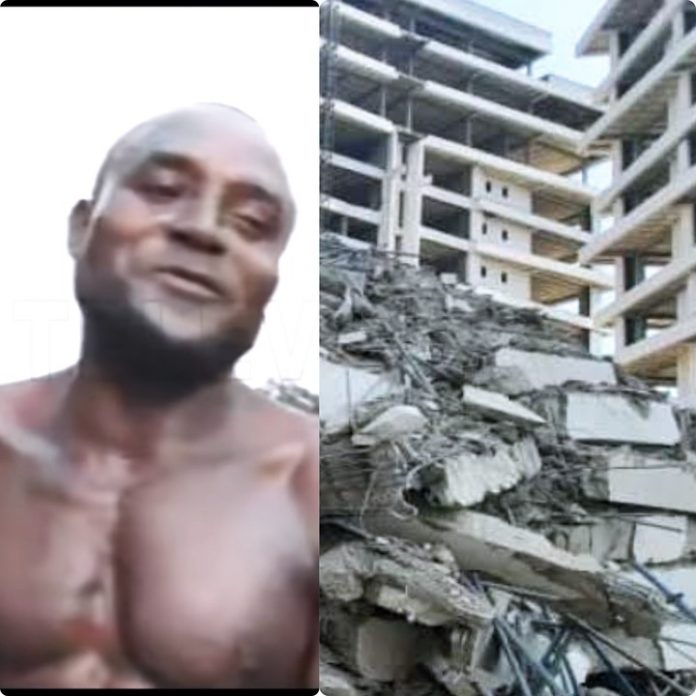 Another eyewitness has given an account of how he escaped the collapse of the 21-storey building in the Ikoyi area. The eyewitness, John, narrated his ordeal during his interview with Channels TV.

More eyewitnesses have continued to share their stories regarding the recently collapsed building in Ikoyi, Lagos State. However, efforts are ongoing by NEMA officials to rescue more victims from the site of the incident.

Narrating how he escaped the collapse, John said, “I had stepped out of the building to buy lunch, and I was at the gate area when I noticed the building was collapsing. I saw people dying, and many people I know are still in the rubbles. I thank God for my life. I am a construction worker.”

Six victims have reportedly been rescued from the site of the incident, while more than 20 victims have been pronounced dead. Friends and families of the affected victims have since surrounded the area.