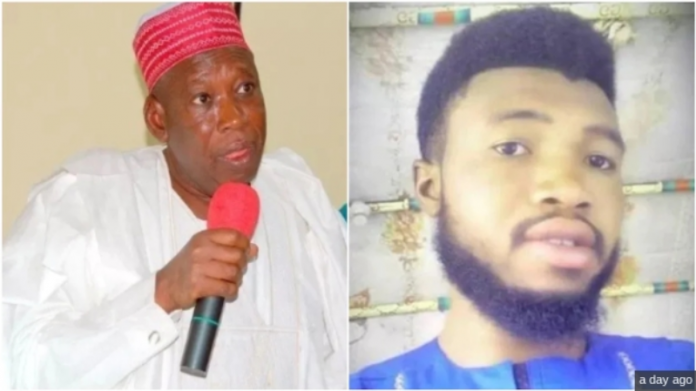 A Kano-based rapper has ended up in prison for yapping defamatory lyrics about Kano Gov Abdullahi Ganduje.

AGY’s song that went viral was hammering Ganduje for allegedly taking sackfuls of greenbacks in bribe, rigging elections, and fragmenting the Kano emirate.

And the final straw: the rapper quipped Ganduje could sell his goggo for money.

According to the Daily Nigerian, the singer was arrested by the police last Monday night and arraigned before the Magistrate Court.

During the summary trial days later, the court found Mr Yusuf guilty of three-count charges of releasing a song without the approval of the Kano State Censorship Board, releasing a video without obtaining same approval and defamation of the character of Mr Ganduje.

On count 1 and 2, AGY bagged six months each with an option of N50,000 fine apiece; on count 3, the musician got one year without option of fine.