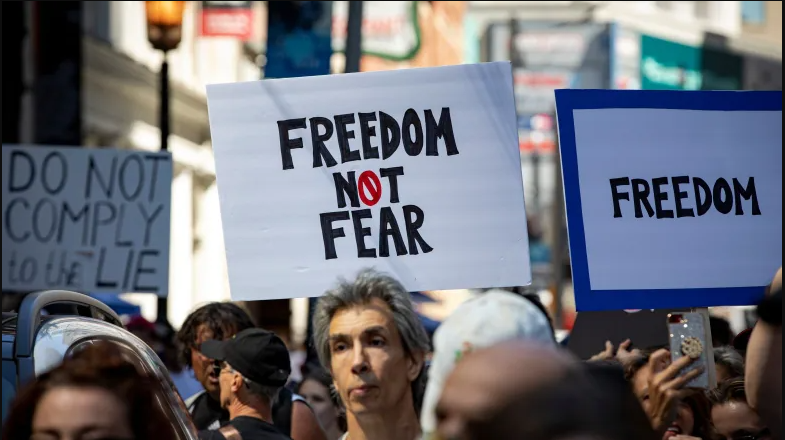 After almost a year of discriminating against unvaccinated employees, the City of Toronto will allow vaccine-free people to work again starting December 1.

Reinstatement is being offered to hundreds of employees who did not partake in the city’s health-segregation system.

Overall, 461 employees were let go, but not all will be allowed to come back. Only those who are unionized will have the opportunity to work again, although it is not guaranteed they will work for the city again.

Toronto was one of the few places to keep their segregation policy even after the provincial government dropped its own vaccine-passport system for access to public places.

The policy was instituted under the pretense that having everyone jabbed would keep the work environment safe, and the city said that because so many employees are now fully jabbed, there is no need for the policy.

The idea that the jabs stop the spread of COVID has been proven false since at least July 2021, when the American CDC admitted that breakthrough infections – meaning infections of fully jabbed people – were taking place frequently.

In fact, those who present natural immunity have been proven to be “exponentially safer to be around than someone who had the vaccines but not prior infection.”

Ryan O’Connor, a Toronto civil litigation lawyer who has represented employees in cases involving municipal vaccine mandates, told The Epoch Times that the city “made the right choice to end its unnecessary employee vaccine mandate.”

“While other Ontario municipalities rescinded their vaccine mandates earlier this year — particularly after it was clear that such public mandates were not preventing transmission of the COVID virus — Toronto was a holdout,” O’Connor said.

“Instead of simply placing employees on leave, like some other Ontario municipalities, it took an aggressive approach and decided to terminate many of those unable to comply with the mandate.”