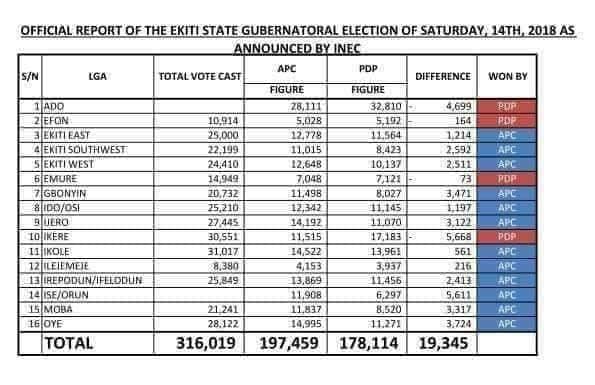 Dr Adamu Abubakar, the Returning Officer for the Independent National Electoral Commission (INEC) in the Yobe South Senatorial election held on February 23, said that there were alterations carried out during the collation of results of the election.

Abubakar, who monitored the election in Nagere Local Government Area of Yobe, admitted this while being cross-examined by Mr Paul Erokoro (SAN), counsel to Sen. Mohammed Hassan, the petitioner before the National Assembly Election Petition Tribunal for Yobe, sitting in Abuja.

According to him, there were cancellation and alterations in some of the result sheets used for the election, where some were torn and corrections effected.

The witness also admitted before the tribunal that a total number of 12 alterations were made and that the changes were not counter signed.

“During our training, we were told to make amendment on issues that seem so confusing to us, I discarded some forms after receiving them.

” lNEC sent me on assignment and some of my reports were made orally to it, there was no violence on the election that was held in Yobe South Senatorial Restrict, no crisis, everything was peaceful.

” I had a training as a local government collation officer, I was familiarised with forms used for the election like EC8B, EC8C, I know a voter register as a voter, but as a collation officer, that was not part of my training,” the witness said.

Meanwhile, another witness brought by INEC, Mr Ishaq Yebua who monitored the election in Fika Local Government Area, listed the result of some wards in the local government and said that the alteration in the documents he had were counter signed by parties in the election.

According to Yebua, ” I have been working with INEC for the past 31 years, I have been in Fika for a year, I was at the local government collation centre and I monitored the election”.

He said that the election was peaceful and that the collation at the centre took place between Feb. 24 down to Feb. 25

“I am familiar with election materials and the materials are to be used depending on the type of election to be conducted, we have form EC8A, EC8A1, EC8A2, EC8B1, EC8B2 and many more.

The News Agency of Nigeria (NAN) reports that in this petition, Sen. Mohammed Hassan of the Peoples Democratic Party (PDP) had dragged Sen. Ibrahim Bomoi of the All Progressives Congress (APC) before the tribunal.

Hassan had alleged in his petition that there were series of irregularities observed during the election and that on that ground Bomoi did not score the highest lawful votes cast.

He also alleged that card reader machines were not used in some of the polling units during the election and that some electorate were disenfranchised.

Hassan is praying the tribunal to declare him the winner by virtue of the alleged irregularities perceived during the election.

NAN reports that INEC, which is first respondent on Thursday closed its defence while Bomoi, who is the second respondent is to open his defence on Friday, July 5.