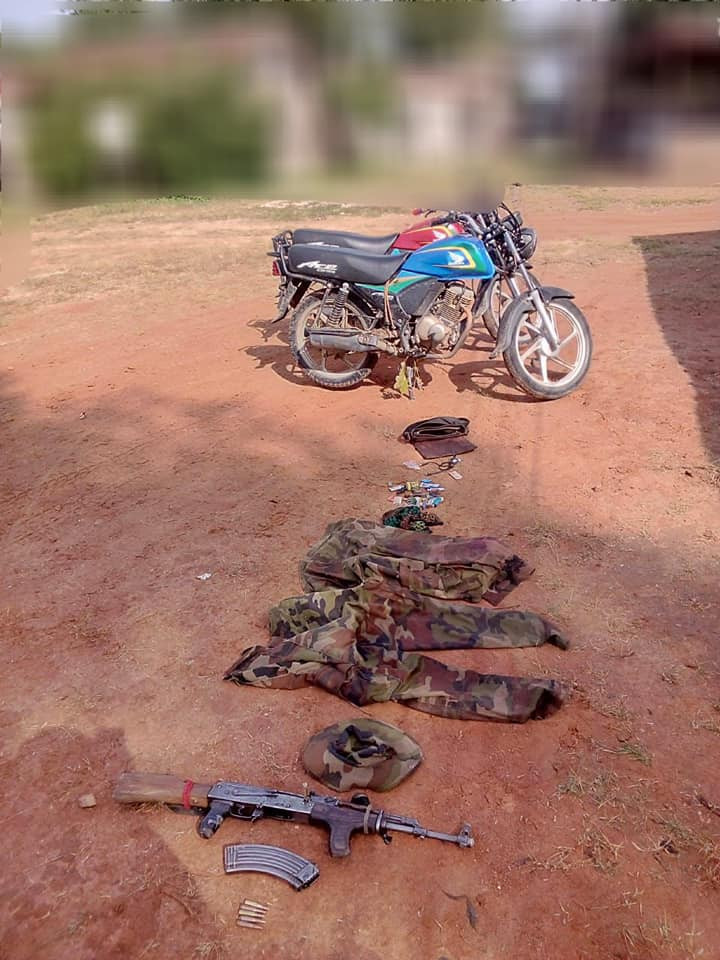 A notorious bandit commander , popularly called Dogo Maikasuwa has been killed by security forces during a clearance operation in Chikun local government area of Kaduna State.

The Commissioner of Internal Security and Home Affairs, Mr Samuel Aruwan , confirmed the development in a statement issued on Friday in Kaduna.

“After an era of terror and evading security forces, the Kaduna State Government can authoritatively report that the notorious bandit commander known as Dogo Maikasuwa has met his end.

“This action was made known in an operational feedback from security agencies.

“Painstaking investigations revealed the atrocities he carried out with impunity in hard-to-reach locations.

“Dogo Maikasuwa, also known as ‘Dogo Maimillion led series of attacks and kidnappings of citizens on the Kaduna-Kachia Road, and in communities within Chikun and Kajuru Local Government Areas,” he said.

The commissioner said the bandit was one of the deadliest bandits who led other elements in terrorising citizens.

“Such was his appearance during the duel with security forces which ultimately consumed him.

“Maikasuwa led his bandits to engage in operations with cruelty, often killing kidnapped victims when ransoms are delayed or considered meager.

“In his final stand, the notorious bandit in the company of his foot soldiers ran into an ambush laid by operatives in a forest in the Gengere-Kaso general area, around the Chikun and Kajuru boundaries, “he said.

Aruwan said the security forces after the fierce battle successfully neutralized the bandit leader and recovered one AK-47 rifle, one magazine, five rounds of ammunition, two motorcycles and one set of camouflage military fatigues.

“The other bandits escaped with gun wounds. It was further gathered that one of them died from injuries sustained in the fierce battle, with his remains carried away by other fleeing elements, “Aruwan said.

The commissioner said Gov. Nasir El-Rufai, received the feedback with gratitude and commended the personnel for their bravery in the fierce battle against the bandits.

Atiku reiterates 2023 election will be referendum on failures of APC