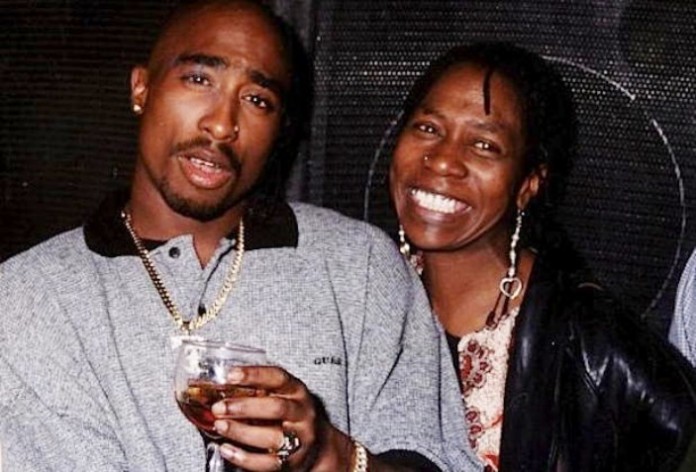 Tupac Shakur’s mother, Afeni Shakur Davis, died on Monday night at age 69, nearly 20 years after the death of her son.

According to the Marin County Sheriff’s Office, police responded to a report of a possible cardiac arrest at her home in Sausalito, California at 9:34 p.m. Davis was then transported to a hospital, where she died at 10:28 p.m.

The sheriff’s office is currently leading an investigation to determine the exact cause of Davis’ death.

Davis, who was born Alice Faye Williams in North Carolina, changed her name when she joined the Black Panther movement. In 1969, Davis, Tupac’s father, Billy Garland, and 19 other members of the group were put on trail in New York for allegedly plotting to shoot and bomb two New York City police stations and an education center. They were all acquitted.

In September 1996, Tupac was killed at 25 after a drive-by shooting in Las Vegas, Nevada. The legendary rapper’s death is still unsolved. “Not a second. Not even a nanosecond have I concerned myself with who shot him or why they shot him, or what should happen to them,” she told CBS News in 2003. “I don’t care what happens to them. I spend my time putting my sons work out, because guess what — they shot him, (but) did not shut him up though.”

ALSO SEE: Linda Vs Wizzy: Are we not entertained?

She also served as the CEO of the Atlanta-based record and film production company, Amaru Entertainment, Inc., and helped create the 2014 Broadway musical, Holler If Ya Hear Me, which featured her son’s music.

“I’m not a filmmaker. I’m not a music producer by choice,” Davis told CBS News. “Whatever it is I’m doing I do because my son was murdered, and he was not able to complete his work. So as his mother, my whole job and responsibility is to see to it that that happens for him, and I do that with love.”

Davis was the subject of Tupac’s 1995 hit, “Dear Mama,” where he rapped about the respect he had for his mother amid their struggles. “There’s no way I can pay you back, But the plan is to show you that I understand. You are appreciated,” he lamented.