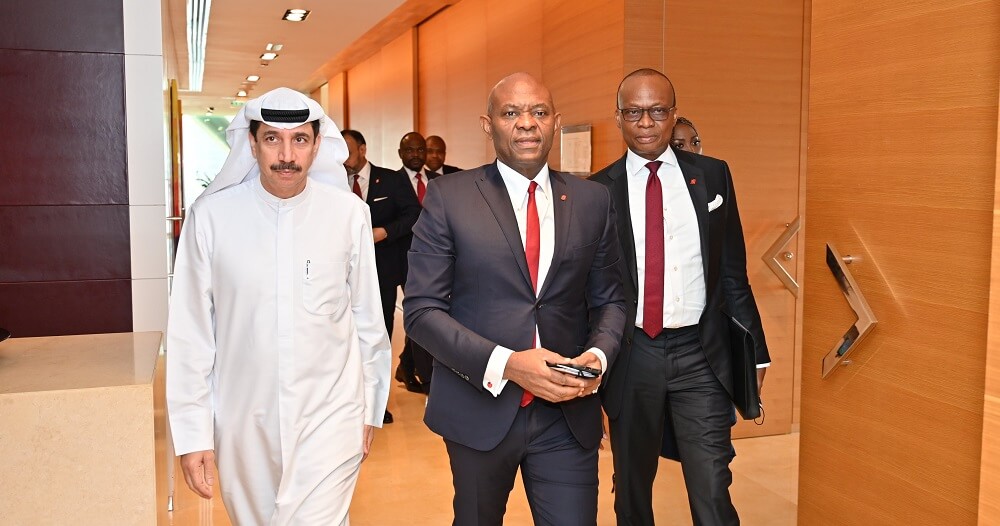 The United Bank for Africa (UBA) has officially launched a new branch in the United Arab Emirates (UAE).

The Nigerian tier-1 bank is extending its operations to the oil-rich Middle East country with the official launch of its new branch at the Dubai International Financial Centre (DIFC) in Dubai.

The move by the bank marks its presence in 24 countries globally and on four continents!

Relishing the expansion of its footprint to the United Arab Emirates, the bank said it hopes to serve its teeming customers across the Middle East as it officially becomes the first Pan African bank to establish a branch in Dubai directly from Nigeria.

“The birth of @UBADubai is in line with our vision: global in outlook & competence, African by heart & knowledge, & a bridge to the world economy. Over the years, the Gulf, especially the UAE have become an important hub for global trade & also a trade gateway for Africa.

“@UBADubai will serve our customers across the Middle East with a core focus on correspondent banking, trade & Treasury, whilst harnessing the opportunities the region has to offer to unlock our untapped economic potential and support our continent’s development,” the bank tweeted.

Speaking about the unveiling of the new branch, Tony Elumelu, Group Chairman, United Bank for Africa, said what started as an ambitious dream is today a reality as the bank has expanded its operations beyond Africa, the United States, and Europe to the United Arab Emirates.

He tweeted, “Dubai’s strategic position as a thriving global trade hub at the intersection of Asia, Europe and Africa makes it an ideal market for our 35 million+ customers to leverage their businesses and boost their global footprint.”