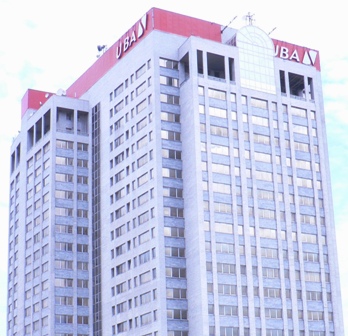 Fitch explained that the upgrade reflected the bank’s sustained reduction in leverage in conjunction with capital ratios being in line with peers. “We expect capital ratios to remain adequate, on the back of manageable growth in lending.

Leverage is adequate and should be seen in the context of solid liquidity compared to peers.

The upgrade also reflects UBA’s solid company profile, including a broader international footprint than peers, although 2016 will still be challenging.

“In assessing the probability of sovereign support, Fitch considers the authorities’ willingness to support the Nigerian banks to be high as demonstrated in the past, but its ability to do so is constrained by Nigeria’s sovereign rating (BB-/Negative Outlook). UBA’s SRF of ‘B+’ reflects its systemic importance in Nigeria.

Furthermore, Fitch pointed out that the recent oil price shock and subsequent currency pressure had weakened operating environment in the country and was likely to continue to affect its Gross Domestic Product growth in 2016. This, it argued, may put pressure on UBA’s profitability and asset quality. “Asset quality is in line with peers.

UBA’s impaired loans ratio of 1.9 per cent at end of first half 2015 was below the sector average, but during the last Nigerian banking crisis the loan book did not perform as well as those of the highest-rated Nigerian banks.

“Similar to peers, UBA has substantial loan exposures to oil and gas. Some facilities are likely to be restructured if oil prices remain low. Profitability is resilient. The net interest margin (NIM) is below peers’ largely due to excess liquidity in the African subsidiaries. We expected this to gradually improve as UBA intends to expand lending in these markets,” Fitch added.