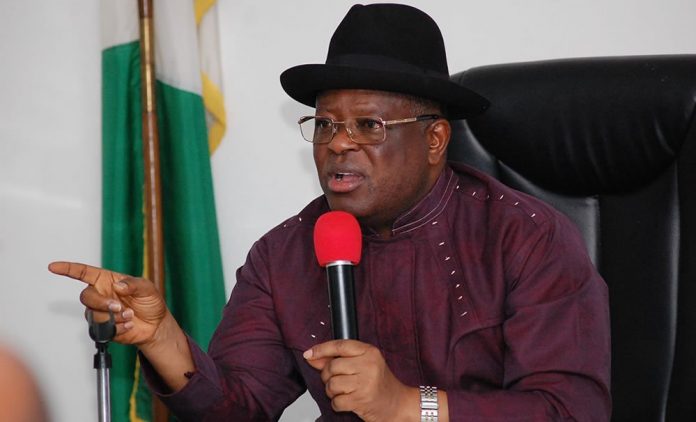 Gov. David Umahi of Ebonyi has urged government officials to be committed in order to secure a better future for the state.

Umahi gave the advice on Wednesday in Abakaliki while marking his wife’s 49th birthday.

The governor, while addressing government officials including commissioners, expressed optimism that the state would develop when officials give their best.

He said even in the face of obvious difficulties, development could still be achieved if officials were dedicated.

“Let us work together to achieve success and secure better future for the state,” Umahi said.

Umahi thanked God for the life of his wife, Rachael, and the achievements she had made in reaching out to women and children through her pet project, “Family Succour and Upliftment Foundation’’.

He also described her as passionate and accommodating.

“She is a woman with a heart of humanity, true mother and a wife.

“My greatest appreciation to her is the love she has to protect people in the state,” he said.

The governor, while applauding the organisers of the birthday celebration, commended the Deputy Governor, Kelechi Igwe, the Speaker, Ebonyi House of Assembly, Francis Nwifuru for the felicitation.

The deputy governor and the speaker, in their separate speeches, described Mrs Umahi as a tolerant builder.