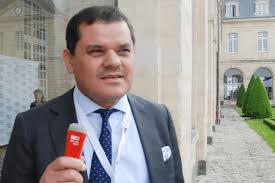 The chairman of the Libyan presidential council, Mohamed Al-Manfi, says his Government of National Unity is working to unify government institutions and achieve national reconciliation, reiterating his commitment to hold elections in December 2021.

In a joint news conference in Paris with French president Emmanuel Macron at the end of his visit to France on Tuesday, Mr. Al-Manfi said that France would reopen its embassy in Libya on Monday.

The French diplomatic mission was closed in 2014 in the wake of the deterioration of security in Tripoli.

Mr. Al-Manfi spoke about France’s “immense support” to restore stability in the country and ensure that the date of elections is respected.

He praised the efforts of Paris in the formation of executive power in Libya, which has produced “the stage of consolidation of institutions”, indicating that the last step is to unify state institutions, with the transfer of power with the interim government based in the east of the country.

Mr. Al-Manfi was in Paris with the vice-president of the council, Mr. Moussa Al-Kouni.

President Macron declared that mercenaries and foreign forces, including those from Turkey and Russia, should leave the African country as soon as possible for stability, adding that he will work “with partners to defend Libya’s sovereignty”.

He said that Libyans have the right for the restoration of their full sovereignty and to profit from their riches.

He reaffirmed French support for the efforts to unify the Libyan military.

President Macron said that there will be no stability in Libya without peace and the eradication of terrorism, underlining France’s support for Libyan unified authorities in the transitional phase.