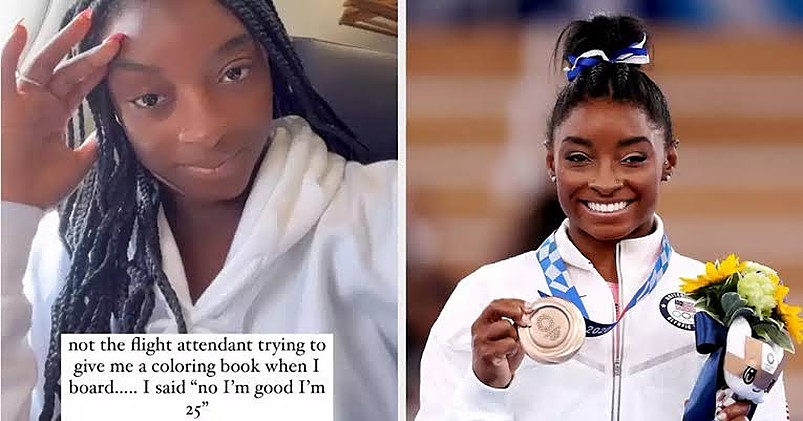 Seven-time Olympic medalist Simone Biles was mistaken for a child by a flight attendant.

The 4-foot-8 gymnast, who is 25 years old, was aboard a plane on her way home from accepting the Presidential Medal of Freedom, when the incident happened.

During the journey, the flight attendant offered Biles a colouring book after thinking she was a child.

Biles shared the embarrassing interaction on her Instagram story. Flight attendant mistakes Simone Biles for a child and?offers her a coloring book

Biles is tied for the most decorated gymnast in history and had been in Washington, D.C. Thursday, July 7, to receive the nation’s highest civilian award among 16 others.

The athlete became the youngest person to receive the Presidential Medal of Freedom when President Joe Biden placed the award around her neck during a ceremony at the White House and joked that she’ll need to find room for the new medal among her 32 Olympic and World Championship medals.

Another building collapses in Lagos