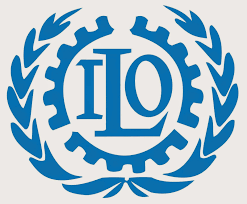 Share this on WhatsApp
Spread the love
A report published by the International Labor Organisation (ILO) has revealed that the global unemployment figures are expected to increase by 1.1 million between 2016 and 2017, passing from 199.4 million by the end of this year to 200.5 million a year later.
This was disclosed on Wednesday in Geneva while providing both a quantitative and qualitative overview of the global labour market, “ILO’s World Employment Social Outlook Trends 2016’’.
It said from 197.1 million in 2015, a year which saw 27 million more jobless people in the world compared to the pre-crisis level of 2007.
Guy Ryder, ILO Director-General, said the significant slowdown in emerging economies coupled with a sharp decline in commodity prices was having a dramatic effect on the world of work.
He also explained that though the trend in vulnerable employment was improving and still affecting some 1.5 billion people worldwide.
“The fact of being at work does not necessarily lead to an escape from poverty.
Ryder explained, that “the lack of decent jobs leads people to turn to informal unemployment, which was typically characterised by low productivity, low pay and no social protection.
“It is estimated that 327 million employed people were found to be living in extreme poverty, with a further 967 million living in moderate or near poverty.
“In light of these realities, a moderate unemployment rate decrease in developed countries (dropping from 7.1 percent in 2014 to 6.7 per cent a year later did little to offset the worsening situation in emerging economies,’’ he said.
Raymond Torres, Director of the ILO Research Department, explained that the report found that employment prospects have weakened in emerging and developing economies, notably Brazil and China, as well as in oil-producing countries.
He said the unstable economic environment associated with volatile capital flows, still dysfunctional financial markets and the shortage of global demand continue to affect enterprises and deter investment and job creation.
“In addition, policy-makers need to focus more on strengthening employment policies and tackling excessive inequalities,” he highlighted.
“There is much evidence that well-designed labour market and social policies are essential for boosting economic growth and addressing the job crisis,’’ he said.
Torres said urgent and vigorous response to the scale of the global jobs challenge was the key to successful implementation of the UN newly-adopted 2030 Agenda for Sustainable Development.
Share this on WhatsApp
Related Topics:International Labor Organisation (ILO)UN
Up Next