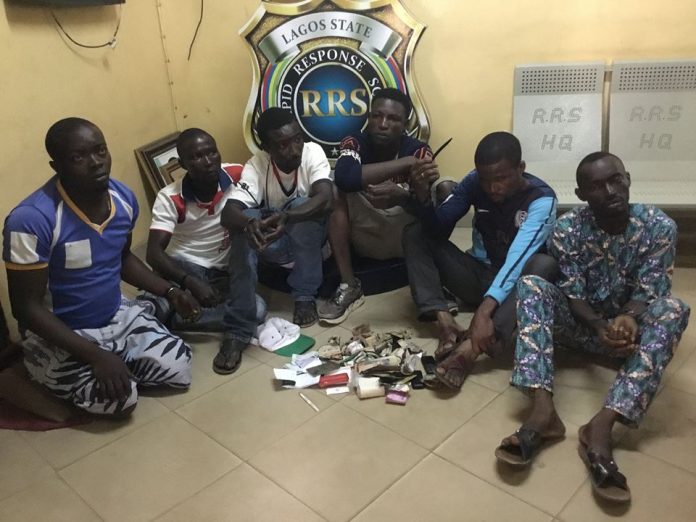 Share this on WhatsApp
Spread the love
Disturbed by the influx of street urchins a.k.a area boys that have laid siege on the renovated Ojodu-Berger park, the Lagos Rapid Response (RRS) of the Lagos State Police Command swooped on the miscreants yesterday.
The squad arrested six with various denomination of currencies they siphoned from motorists.
ALSO SEE: Stop wishing ‘Baba Sala’ dead – Son
National Daily learnt that since the Lagos State Governor Akinwunmi Ambode commissioned Ojodu – Berger layby with modern facilities designed for cars and commercial buses to park and discharge their passengers, miscreants seem to have turned it into their abode. 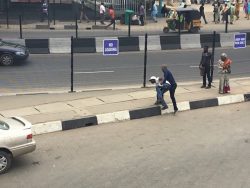 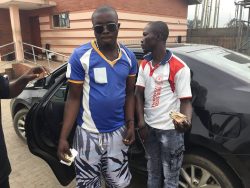 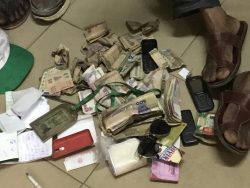 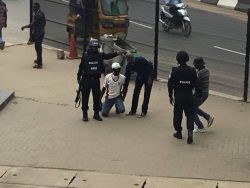 It was gathered that in order to bring sanity to the bus terminus, the RRS under-cover  agents swooped on the ticketing syndicate and arrested some of them.
Those arrested according to the police, had “several piles of tickets and money; all rolled up like withered autumn leaves.”
It was further gathered that few weeks after the commissioning of the park, area boys, hijacked the place and converted it to their park, and dolling out tickets to cars and buses that are discharging passengers and collecting different illegal money from them.
Share this on WhatsApp