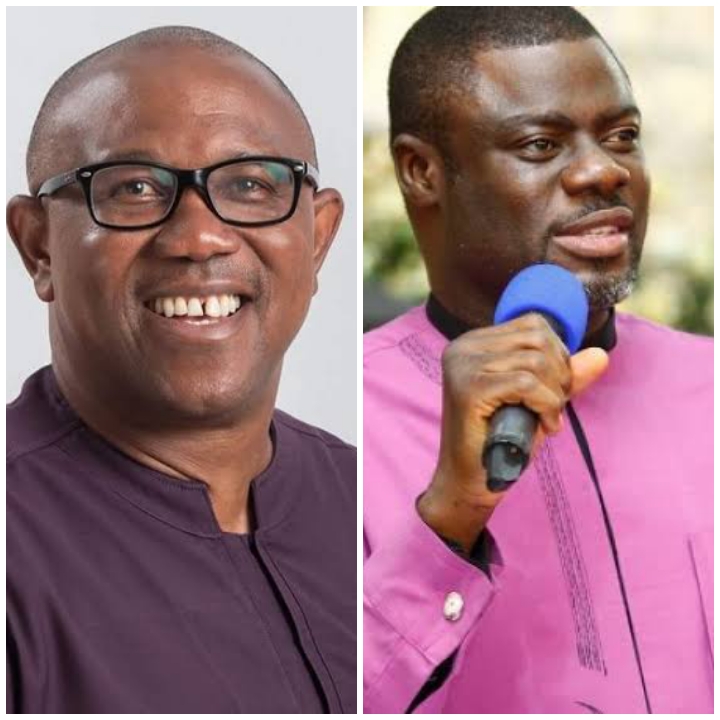 Prophet Isa El-buba of the Evangelical Bible Outreach Ministries International (EBOMI), he is moved to support the Presidential ambition of the former Anambra State governor, Peter Obi because of his competence and genuine commitment in salvaging the nation from its current woes.

El-Buba who is also the Convener of the Initiative for Better and Brighter Nigeria (IBBN), said as a preacher nothing is wrong with his political beliefs and conviction that Mr. Obi will deliver in his mandat, as demonstrated as a former governor.

El-Buba stated this on Wednesday in Jos, during the Middle Belt Unveiling of OBI-DATTI 2023.

“I am not afraid to openly show my support for the Labour Party Candidate, Mr. Peter Obi,. We are tired of recycling old politicians who have led us to the woes we are currently facing today”, he said.

He called on Nigerians not to make the mistake of selling their votes, as 2023 will mark a new beginning for the nation.

However, the Middle-Belt Forum, drawn from the north-central States made a bold statement by endorsing the Obi-Datti 2023 Presidential candidacy.

President of the forum, Dr. Pogu Bitrus said the forum selected the best candidate from the south-east region.

According to him: “For equity, justice and fairness, a president from the southeast extraction should lead Nigeria in 2023, and based on this we picked Peter Obi as the best candidate from that rejoin as our candidate.

“We are going to mobilise votes from the north-central States for him and to demonstrate this commitment, we have chosen to set today aside for his unveiling”, Bitrus said.

Responding, Obi thanked the region for their solidarity promising to end insecurity that has stopped the north central States from going to farm.

Obi said the previous government has mismanaged the resources meant for the protection of lives and property calling on his supporters to hold him responsible if he fails to fix insecurity, if elected into office.

“The money that was supposed to be used to equip security agencies is what they will bring to buy your votes, when they come to ask them where they got money from.

“Universities are on strike for almost eight months, and they don’t care because their children are all schooling abroad. There is hunger, and poverty in the land, everybody is hungry and the monies meant to solve these problems are what they have stolen to come and share for you to buy your votes”, Obi said.

He added: “It is the turn of Nigerian youths to take over power from those who have made their future look bleak.

“If you vote the Labour Party into power, you have voted for the right leadership that will solve the problems of the youths”, he said.