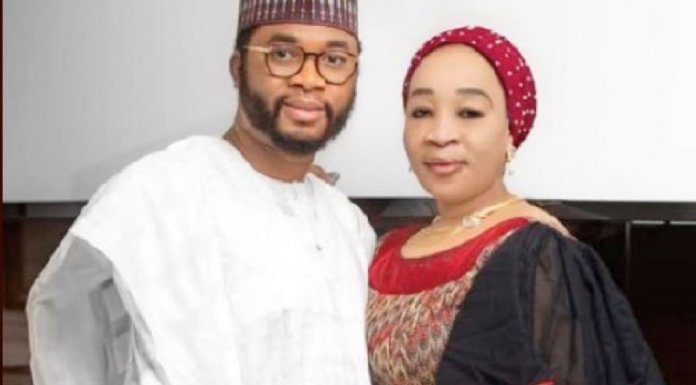 The widow of the late governor of Taraba, Danbaba Suntai, has got hitched again, after waiting seven years nursing her bedridden husband that crashed his own private jet by flying blind in 2013.

Hauwa was nursing twins while her husband was in a German hospital for 10 months, and in another hospital in London till 2015.

He was bundled back to prepare and contest for a second term as incapacitated as he was.