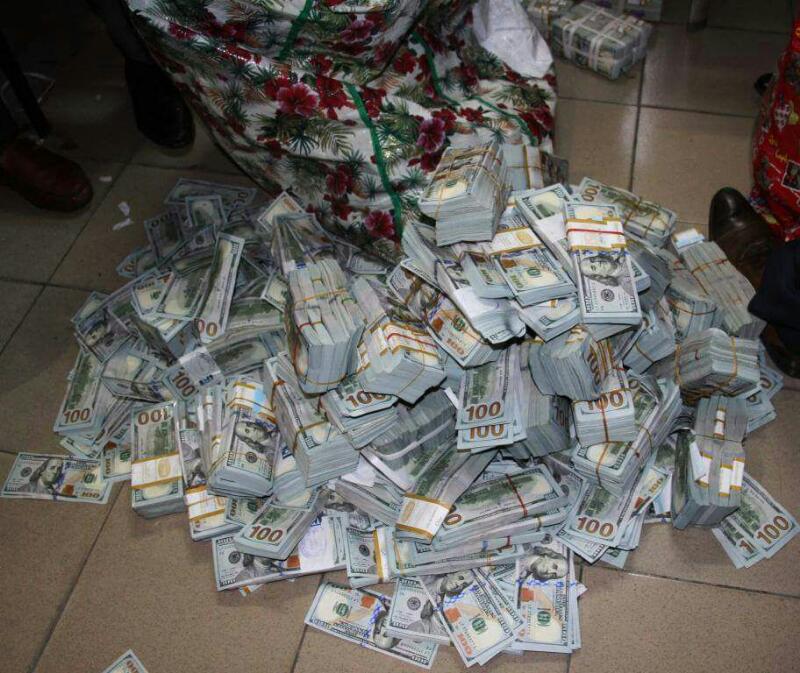 As the mystery surrounding the ownership of $43,449,947, £27,800 and N23,218, 000 totaling about N13 billion recovered by the Economic and Financial Crimes Commission, (EFCC), from an Ikoyi apartment in Lagos, continues, the Nigerian Intelligence Agency (NIA) and the Rivers state governor, Nyesom Wike have are claiming ownership of the money.

While Governor Nyesom Wike of Rivers state said on Friday that the money belongs to the State government and gave a 7-day ultimatum to the Federal Government to return the money  to the Rivers State Government, or face court action.

The NIA said the money was approved for the agency by the former President Goodluck Jonathan for discreet security projects during the tenure of a former Director General of the agency, Mr. Olaniyi Oladeji.

National Daily gathered that Gov. Wike explained that the money was from the proceed of the sale of gas turbines by the immediate past Rivers State Governor, Rotimi Amaechi.

A source said the Ikoyi residence where the money was found belongs to the immediate past Rivers State Governor, Rotimi Amaechi.

He said flats A and B belong to Amaechi. He further explained that Amaechi gave flat A to his friend while flat B where the money was found belongs to the former Governor.

It was, however, learnt that the former governor has denied having anything to do with the money.

“If you recollect in 2015, we said that gas turbines built by former Governor Peter Odili were sold to Sahara Energy, business partners of Chibuike Rotimi Amaechi at $319million.

“That money was used to sponsor the All Progressives Congress for the 2015 general elections.  From the date of sale of the gas turbines to  May 29, 2015, the money depleted from $319million to $204,000 . What was stashed at the Ikoyi residence  was part of that fund”.

Wike further elaborated that “We have facts to prove that the said money belongs to the Rivers State Government. The Federal Government must return our money”.

The Governor Wike also rubbished claims and insinuation that the claim that the money belong to the National Intelligence Agency are false and mere face saving measures by the embattled APC Federal Government.

He said: “As I speak to you, the Federal Government  is so embarrassed that this has happened.  All the stories  that the money belongs to the NIA are fake”.

He, therefore, challenged the Federal Government to  set up a panel of Inquiry, to investigate the ownership of the money.

The counter accusation of claims of the money is more embarrassing as the NIA also gave a detailed account of the source of the money.

NIA said the money was withdrawn from the Central Bank of Nigeria, (CBN), explaining that the sensitive nature of the projectsrequired that the money should be kept in a secret place in the interest of national security.

EFCC recovered the money last Thursday and has since raised cocaphony of reactions by Nigerians andeconomy watchers.

National Daily recalls that the whistle blowing formula is paying off for the Economic and Financial CrimesCommission (EFCC), on Monday recovered huge sums of money at the Balogun market in Lagos.

Another huge sums were also recovered in Victoria Island apartment. 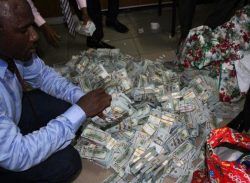 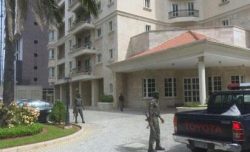 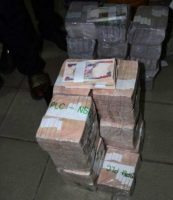