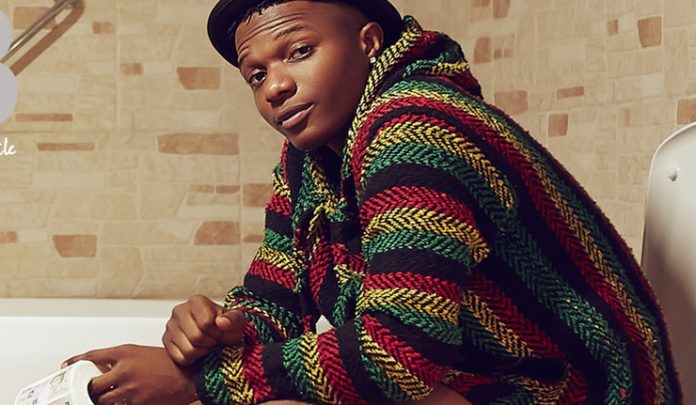 Some fans in the U.S have been hopeful that Wizkid was about to cross over to stay in America. With all the brilliant moves we’ve seen him make over the past year or two, (he’s collaborated with Drake, Chris Brown, TY Dolla $ign, Justine Skye and more) you’d think Wiskid’s sole – or at least main – aim right now is to cross over with his music but, that is not the case.

In a new interview with Hunger Magazine, the ‘Daddy Yo’ singer reveals that he’s content with his African fan base and not really trying to cross over into America.

‘The aim is not really to cross over. I just want to make good music for the world. It’s really not in my mind to cross over to America.

‘I have my own fan base, which is Africa. And I just want to keep feeding that fan base and hope it grows,’ he tells the magazine.
And although he’s generally perceived to be at the forefront of the global recognition African music and musicians are currently receiving, the 26-year-old doesn’t take full responsibility for the wave.

‘I’m not really seeing myself as the one champion of the movement,’ Wizkid says. ‘I’m just contributing my own little part. Keep the movement moving, and take it there, you know?’

Wizkid has often been referred to as the new generation Fela and while he never fails to acknowledge the legendary singer as one of his biggest inspirations – I mean, his Snapchat name is Felaback – the ‘Ojuelegba’ singer insists he’s not looking to be another Fela or live like him.

‘Fela happens to be a very big inspiration to my music, Bob Marley as well. So I’m just here spreading good vibes.

‘I’m not trying to live like Fela or do what he has done. I just appreciate everything he did when he was alive and I am here to create my own legacy.’