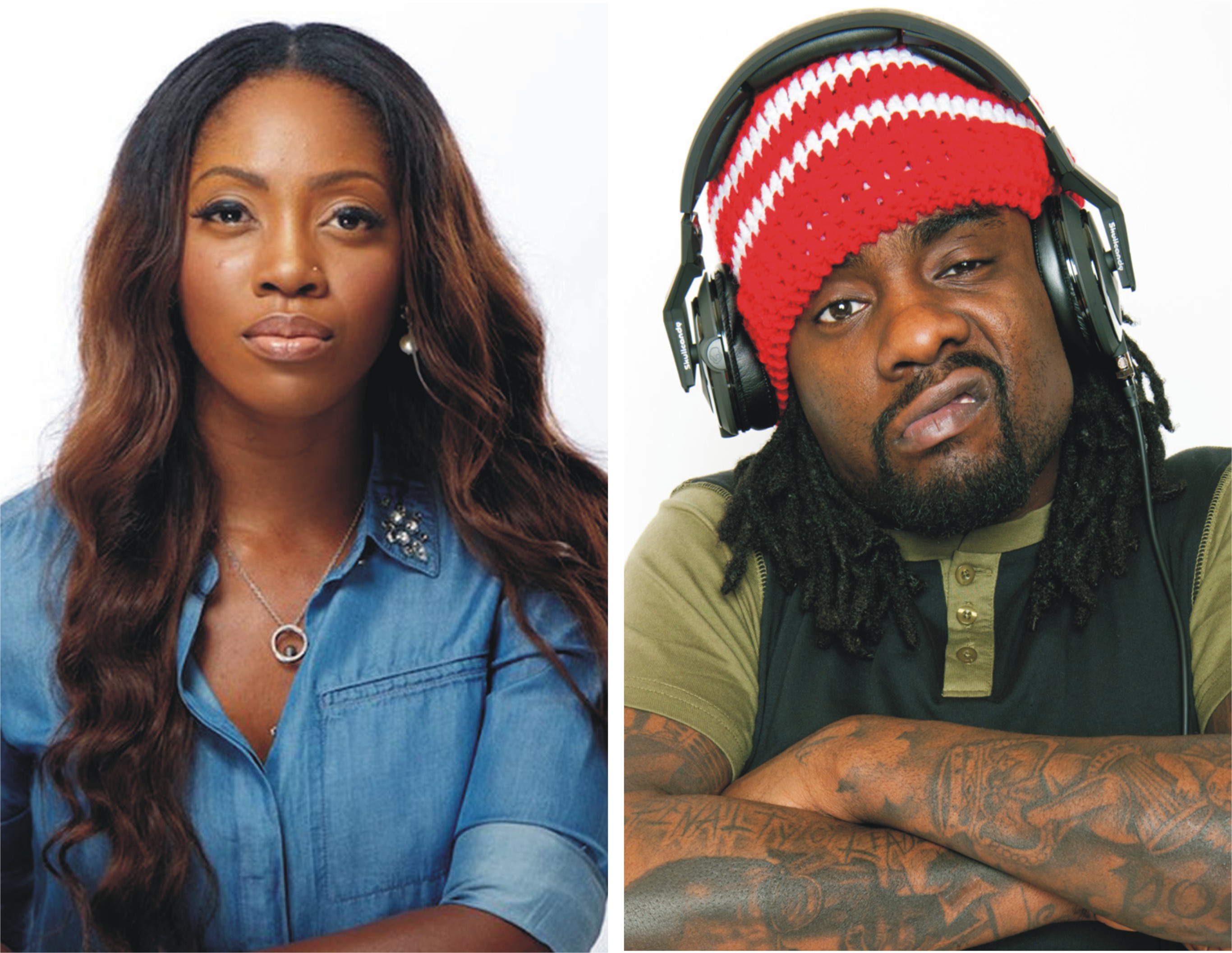 RECENTLY, a curious fan asked American rapper, Wale a question which probably is running through the minds of other fans on Twitter about the possibility of seeing a Wale/Tiwa Savage Collabo. Wale was quick to reply in the positive saying he already has some songs for Tiwa. While we are not sure of what the future holds, we are sure Wale is open to doing a collabo with Tiwa.  Wale started connecting to his Nigeria roots when he came to Nigeria two years ago on the account of a Johnnie Walker gig.

Then, when he first stepped off the plane and was making his way out of the airport, he told a reporter that only 15 percent of his family lives in the U.S. and the rest are in Nigeria so he was excited to connect with his people while there. During his show at the Johnnie Walker event, Wale brought out Nigerian artist Sèyi Shay on stage to sing “Bad” with him. He also gave a shout out to his dad during the show while using a Yoruba accent. “I promise to keep coming back. If y’all will have me, I’ll come back. Shout-out to my dad, Mr. Akintimehin do you want to take a bow for these people now?” Perhaps he is fulfilling that promise by featuring one of Nigeria’s prominent female musicians.

Buhari and NNPC: Did the minister say it’s cheaper to import petrol than refine locally?

Superstar comedians have no plans for their protégés — Baba De Baba