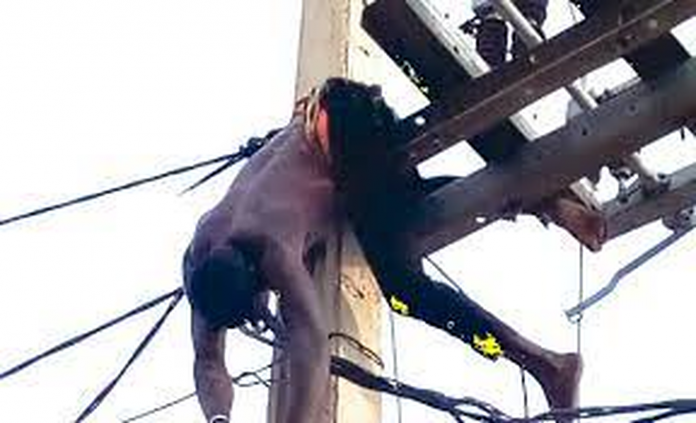 The most notorious of the vandals and thieves destroying and stealing public utilities in the Nasarawa area of Potiskum in Yobe wouldn’t have thought he was on his last mission.

At 1.30 am, Bobby shinned up a high-tension electric pole, and was going to cut some cables at that ungodly hour of the morning.

That bravery of his was well known in the area, the National Daily gathered. And his notoriety, too.

Neighbours know him as a thief, a vandal, a terrorist. And a many-time loser, going in and out of jail.

They know his name as Mohammed Isah, too.

So it was a big relief, according to the neighbours, when in the morning they found out the fried mass hanging in the gauze of electric cables up in the air was Bobby.

Other criminals like him also saw the end of their partner in crime, and the locals said they hoped it would serve as a deterrent to others.

Vandals like Bobby have died in the course of stealing high-tension cables in many states across Nigeria.