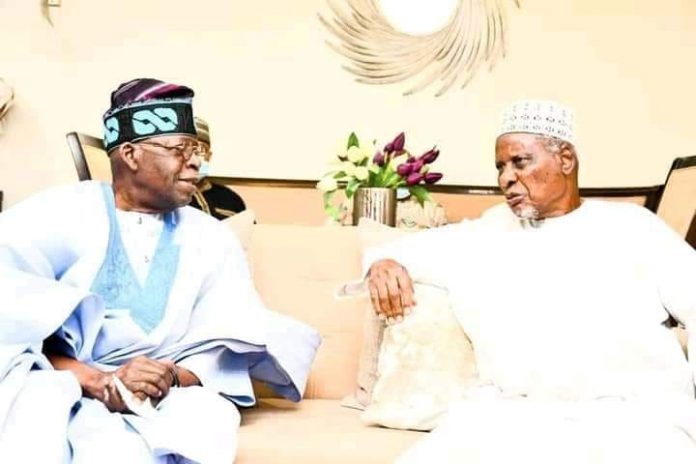 To some, the northern elder statesman could have disappointed Tinubu—on two counts.

One, Yakassai shouted at the rooftop a favour Tinubu came secretly to ask for.

“He did come to me, and asked for my support in 2023,” Yakassai told the Punch on Saturday.

This is what Tinubu has been keeping under his cap—despite a groundswell of go-man-go by support groups, including SWAGA, TSO, TSG and others across the south and the north, urging him to declare.

The closest Tinubu came to opening up on his presidential ambition was his recent promise to tell Nigerians his decision next January.

Yakassai, it seems, has just outed him—as he too would be reading it in the news now.

But the prattling old northern politician threw Tinubu a favor with the leak.

“I have two of them (presidential aspirants) that I have earmarked right from the beginning and I made a vow that any one of them who came to ask for my support first is the person I would support. Tinubu is the first person,” Yakassai told the newspaper.

The northern leader didn’t just start rooting for Tinubu on Wednesday. He began in August 2020 when he compared President Muhammadu Buhari with Tinubu.

“If you are talking of making a better president, to be honest with you, I think if Tinubu can get the APC ticket and is elected, he will perform better than Buhari. I do not doubt in my mind,” Yakassai said then.