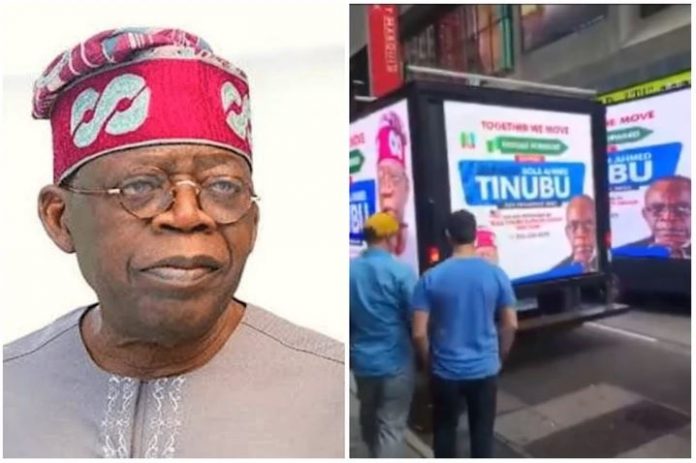 The fast approaching 2023 election is one of the trending topics in Nigeria as people air their opinion on their choice of presidential candidates. However, Nigerians may not be the only people that are aware of the 2023 election as awareness is being created in different parts of the world by supporters of each respective candidate.

A video that shows vans carrying campaign pictures of Tinubu in the United States has got people reacting as it made rounds on social media.

The video shows two vans with large campaign pictures of Tinubu at the side and behind as they create awareness for the APC presidential candidate. The video sparked dozens of reactions after it was shared by Tunde Ednut on his Instagram page. Some people who reacted questioned if the campaign pictures were made to create awareness for Nigerians living in the United States to come back and vote.