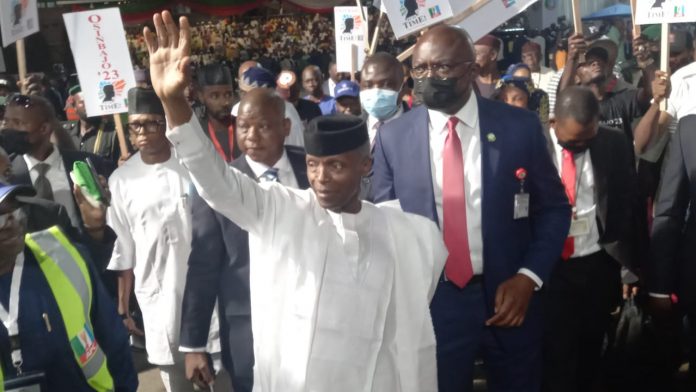 Following his humiliation at the 2023 special convention of the ruling APC, Vice President Yemi  Osinbajo has vowed to keep pushing until change comes.

He told his audience made of “representatives of the Diaspora Professionals for PYO” during a virtual meeting.

“I intend to stay very actively engaged in the politics of our country, because I believe strongly that, if God gives us that opportunity, the change will be swift and we will make a real difference, a statement from his media office said.

“We must continue to push. If we give up and say let’s see how it goes, we will be much further back than where we started from.”

Osinbajo has no political structure or network with which he can push whatever he wants. That was the major reason his godfather Bola Tinubu whitewashed him at the primary.

Apart from Kano South Sen. Kabiru Gaya and Babafemi Ojudu, the political adviser to the president shunted to Osinbajo in the lead-up to the primary, there are no other politically relevant persons loyal the tye vice president.

So the “we” pushing for change in his statement is yet to be defined clearly.