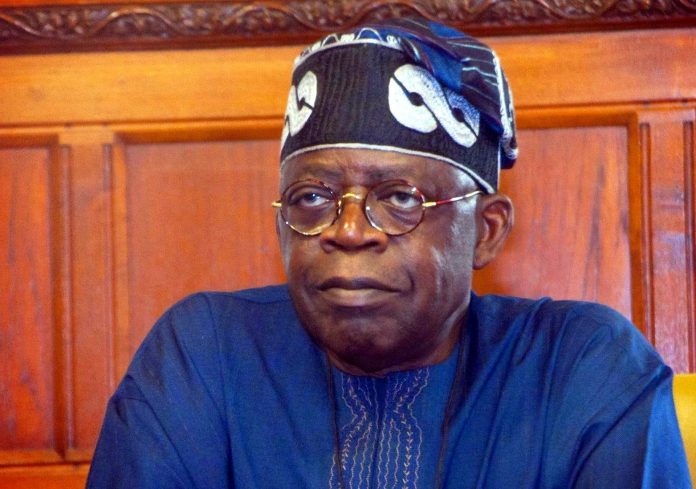 Share this on WhatsApp
Spread the love
The Nigeria Diaspora for Asiwaju (NDA), a support group, says support for former governor of Lagos State, Sen. Bola Tinubu to run for presidency in 2023, is a collective task.
It said everyone should support for Tinubu to become president, irrespective of tribal or religious sentiments.
Dr Akin Badeji, Director-General of the newly inaugurated support group, said this in a statement on Friday in Abuja.
Badeji, a UK -based chieftain of the All Progressives Congress (APC), said this after inaugurating the group.
“Tinubu stands out as one politician with the best résumé to consolidate on the next level milestones of the President Muhammadu Buhari-led administration.
“NDA is a partisan group aimed at garnering support in the Diaspora and across the length and breadth of Nigeria for Tinubu presidency, come 2023,’’ Badeji said.
He said the group which had its headquarters in London, UK, and a country office in the Federal Capital Territory (FCT), would not rest on its oars until it achieved its desire of enthroning a Tinubu presidency.
Badeji noted that Nigeria was on national rebirth, pioneered by President Buhari , after several years of maladministration by her former handlers.
“We looked around for such personality with the political clout and national appeal to the various interest groups, that can consolidate on whatever achievements the Buhari government has made.
“And we discovered that one of the All Progressives Congress (APC) national leaders, Tinubu, is the best man for the job.
“As a bridge-builder with a great personality and mentality that recognises all and sundry, there cannot be a better replacement for President Buhari come 2023,” he said.
Badeji said the choice of Tinubú as the country’s next president was painstakingly taken, after taking several yardsticks into consideration.
He described Tinubu as a leader of leaders, a political colossus and an embodiment of progressive politics.
The director-general said a formal inauguration of the home country chapter of the group would be before the end of the year.
He said while Alhaji Adams Dauda would serve as the group’s Diaspora Coordinator, Omogbolahan Babawale would serve as its Nigeria Coordinator and Mrs Vivian Osadebay as its Director of Finance.
Others he said were; Lanre Adegun, Director of Media and Publicity; Dr Shehu Bagudu, Mobilisation; Mrs Kikelomo Oyebiyi-Oladapo, Treasurer; Dr Ronke Tomori, Women Leader and Mr Matthew Udeme as Chief of Staff attached to the DG’s Office.
He said the group’s mode of operations would be unveiled to the public soon.
According to him, the group has representations in various countries including; the United States of America, United Arab Emirates, Spain, France, Germany, Russia, Italy, South Africa, Ghana, Canada, Australia, India, China and Saudi Arabia among others.
Share this on WhatsApp