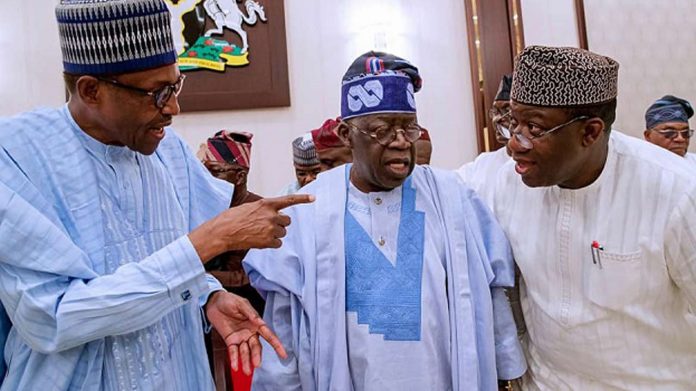 National leader of the All Progressives Congress, Asiwaju Bola Ahmed Tinubu, though has not declared intention to run for the presidency, but is definitely positioned because of the endorsements that he has received from people.

However, if that ambition must come to fruition, there are some politicians he shouldn’t overlook within his party due to their ambition to run for the same position when the time comes.

Top on the list is Vice President Yemi Osinbajo. Like Tinubu, he has not declared intention to run for the presidency, but within the APC, especially in the north, some prominent voices are already routing for him to succeed President Muhammedu Buhari in 2023.

Supporters of Vice President Yemi Osinbajo, under the aegis of the Progressives Consolidation Group, few days ago received the approval of the All Progressives Congress to canvass support for his emergence as the party’s presidential candidate for the 2023 presidential election.

The approval was contained in a letter titled, ‘Letter of Recognition as a Support Group,’ dated October 4, 2021, and signed by the Director of Administration of the APC, Alhaji Abubakar Suleiman.

Another silent candidate Tinubu may contend with is Governor Kayode Fayemi of Ekiti State. Fayemi is closer to the presidential ticket of the party more than Asiwaju Bola Ahmed Tinubu because he is currently in the system, and his tenure as governor expired in 2022, giving him enough time to prepare for 2023.

Fayemi is the chairman of the Nigerian Governors’ Forum of the party and that will allow him to connect with all the governors in Nigeria easily more than any other person.

If Governor Fayemi decides to jostle for the ruling party’s presidential ticket, he may pose a serious threat to Asiwaju Bola Ahmed Tinubu.

Yahaya Bello, current governor of Kogi is another potential threat to the ambition of Bola Tinubu.

Although he has not publicly declared his political ambitions concerning the incoming presidential election, the governor has been giving Nigerians various indications that he may run for the presidency.

Yahaya Bello is a close person to the incumbent caretaker committee chairman of the All Progressive Congress (APC), Mai Mala-Buni, and he has connections with many people in the party. Tinubu should not overlook Fayemi of Ekiti State and Yahaya Bello of Kogi State.

However, Tinubu has a higher chance of getting the ticket of the All Progressive Congress (APC) in the year 2022 due to his popularity and political influences.