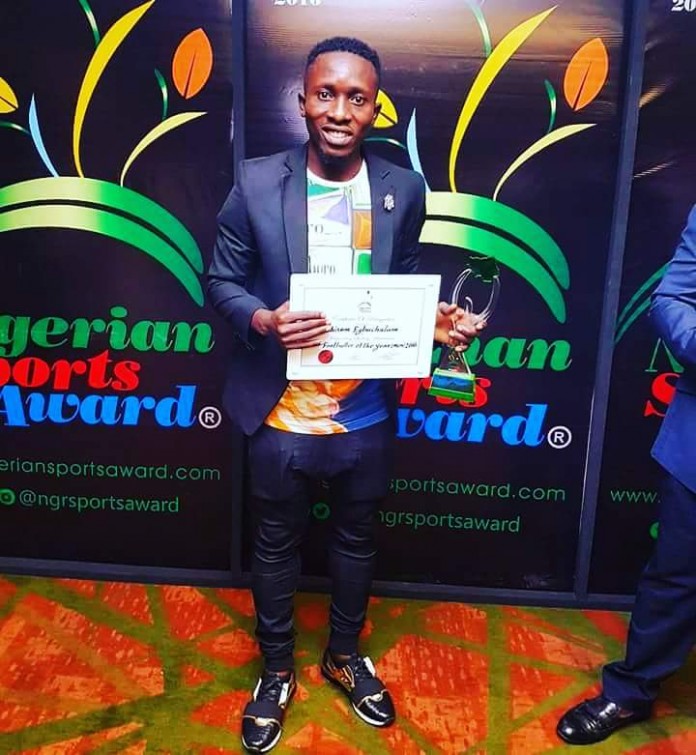 Enugu Rangers striker, Chisom Egbuchulam has voiced his sentiments following his match-winning performance against Rivers United in the second game of the annual pre-season tournament of the Nigeria Professional Football League (NPFL), the Super 4 on recently

Egbuchulam netted a spectacular second half brace to put United to the sword at a frenzied Nnamdi Azikiwe Stadium, Enugu.

The attacker told National Daily that“It was a great game and we got a deserved three points.

“It wasn’t an easy game but we thank God for the victory and I am also pleased with the goals I scored,” he said.

Rangers outclassed United 4-0 in their previous meeting at the same venue on September 4 but struggled for long periods, especially in the first half against the Port Harcourt club on Wednesday.

Egbuchulam identified improvements in the United side that fell 0-2 at the Cathedral on Wednesday, noting that the new players drafted in by Stanley Eguma has made the Port Harcourt club look a more decent proposition.They are a good side. They played very well in the first half but were unable to score.

Chisom concluded that,Rangers can give Nigeria good representation on the continent.There are a lot of changes in the present Rivers United team.
“They have a lot of new players who are very good as well.This is a much better Rivers United team,” he said.