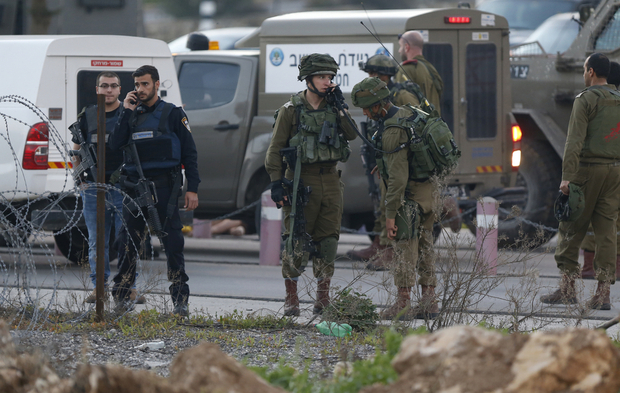 Three Israelis have been shot dead by a Palestinian at the entrance to a Jewish settlement in the occupied West Bank, Israeli police said on Tuesday.

The gunman, a 37-year-old from a nearby village, was also shot and died later, the BBC reports.

Police said he pulled out a gun as he waited to enter Har Adar along with Palestinian labourers and opened fire on police and security guards.

It is the latest in a wave of attacks on Israelis, mostly by Palestinians or Israeli Arabs, since late 2015. No group has taken responsibility for the attack, although Gaza-based Palestinian militant organisations Hamas and Islamic Jihad welcomed it.

The gunman was a father-of-four who had an Israeli permit to work in Jewish settlements along the boundary of the West Bank, Israel’s internal security agency said.

He came from the village of Beit Surik, about a mile east of H