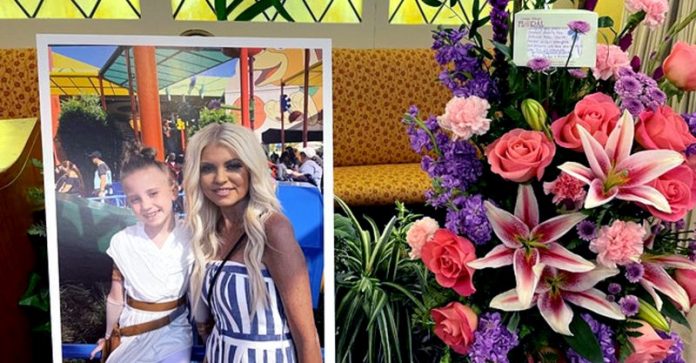 Kassidi Kurill’s family said she had no known medical issues or pre-existing conditions, but her heart, liver and kidneys shut down after her second dose of the Moderna vaccine.

Kassidi Kurill died of organ failure after her liver, heart and kidneys shut down. She had no known medical issues or pre-existing conditions, family members said.

KUTV uncovered the death as part of its investigation into COVID vaccine side effects. The investigation involved looking into reports submitted by Utah residents to the Vaccine Adverse Event Reporting System (VAERS).

According to The Salt Lake Tribune, there were four deaths in Utah reported to VAERS in January and February, including Kurill’s.

The medical examiner could not say whether the autopsy would be automatically forwarded to the Centers for Disease Control and Prevention (CDC) and U.S Food and Drug Administration (FDA).

Dr. Erik Christensen, Utah’s chief medical examiner, said proving vaccine injury as a cause of death almost never happens. “Did the vaccine cause this? I think that would be very hard to demonstrate in autopsy,” Christensen told KUTV.

Christensen could think of only one instance where a vaccine as the official cause of death would be seen on an autopsy report. That would be in the case of immediate anaphylaxis where someone received a vaccine and died almost instantaneously.

“Short of that, it would be difficult for us to definitively say this is the vaccine,” Christensen said. “A more likely result would be a lack of answers or an incomplete autopsy.”

An autopsy can provide answers to a family when no disease or red flags are found, or rule out other competing causes of death, Christenson explained. The lack of answers may help a family “understand if the vaccine was a possible cause.”

Christiansen said vaccine deaths are possible and do happen. “Just about every vaccine or anything you do [to] treat someone, when you inject something has a potential for a negative outcome. I’m sure VAERS can verify other vaccines have led to death.”

After her first shot, Kurill, a surgical tech for local plastic surgeons, experienced a sore arm but no other side effects. The day of her second shot she had gone shopping and was fine until she started feeling “not so great that evening,” said her sister Kristin.

According to Kurill’s father, she “got sick right away” after receiving the second shot. She had soreness at the injection site, started to get sick and complained “she was drinking fluids but couldn’t pee.”

Kurill went to the emergency room and was later transported to Intermountain Medical Center for a liver transplant. Both parents were willing to donate portions of their liver to save their daughter, but Kurill died within 30 hours of arriving at the ER.

Kurill’s obituary states that she died from “apparent complications due to the second COVID-19 vaccination.”

Although the CDC says on its website that CDC and FDA physicians review each reported death as soon as notified, it does not appear that autopsies were ordered in any of the other reported Utah cases, according to KUTV.

Last month The Defender reported on a 58-year-old woman who died hours after getting her first dose of the Pfizer vaccine. State and federal officials said they were investigating her death but had not performed an autopsy.

On Feb. 5, officials said that they did not know the cause of Keyes’ death or any underlying conditions that could have contributed to her death, but there was “no evidence it was tied to the vaccine,” reported NBC News.

According to The Virginian Pilot, a public records request related to Keyes’ death revealed concerning emails. State Health Commissioner Norman Oliver told public information officers in a Feb. 5 email that if reporters asked whether an autopsy was done on Keyes, they should say “a full autopsy was not needed in order to ascertain whether the death was related to the vaccination.”

The public records request also revealed that officials inside and outside the health department were “concerned the death of Keyes, who is Black, could worsen vaccine hesitancy among minorities,” reported The Virginian Pilot.

When the health department spokespeople crafted a statement following Keyes’ death, they included Gov. Ralph Northam’s press secretary and another Northam staffer in the editing process. The wording regarding timing of the death after the vaccine went from saying there may appear to be a relationship, “But that is not necessarily the case,” to the timing “is not evidence of it being related,” highlighting their focus on deterring speculation, according to The Virginian Pilot.

The family was forced to get their own private autopsy. Keyes’ daughter said that even before state officials had her mother’s postmortem preliminary test results, the medical examiner’s office told her they would not perform an autopsy. They told her “nothing could be gleaned from an autopsy that would relate the vaccine to her death.”

State officials didn’t answer how medical examiners could thoroughly rule out other potential causes of death triggered by or linked to the shot without an internal examination of the body.

The CDC says no deaths have been attributed to COVID-19 vaccines. However, according to the latest data available from VAERS — which includes reports submitted between Dec. 14, 2020, and Feb. 26, 2021, a total of 1,265 deaths following COVID vaccines have been reported to the system.

Dr. Sheffield with Intermountain explained the difference in numbers of deaths reported and the CDC’s statement of “no vaccine deaths,” saying it comes down to what can and can’t be proven.

“You have to look at what it (the numbers) are saying,” Sheffield told KUTV. “Is it saying the vaccine caused the deaths, or there were deaths in people who received the vaccine? And those are two very different things.”

As The Defender reported last month, the CDC is investigating the death of a 36-year-old doctor in Tennessee who died Feb. 8, about one month after receiving the second dose of a COVID vaccine.

News reports at the time didn’t identify which brand of vaccine the doctor received, though at the time, only the Moderna and Pfizer vaccines were approved for emergency use in the U.S. Dr. Barton Williams’ death was attributed to multisystem inflammatory syndrome (MIS-A) caused by asymptomatic COVID, though he never tested positive for the virus.

In January, The Defender reported on the death of baseball legend Hank Aaron from an “undisclosed” cause 18 days after receiving his first dose of the Moderna vaccine. The New York Times implied that Aaron’s death was unrelated to the vaccine, however no autopsy was conducted.

Children’s Health Defense urges anyone who suffers any reaction to any vaccine to report it following these steps.