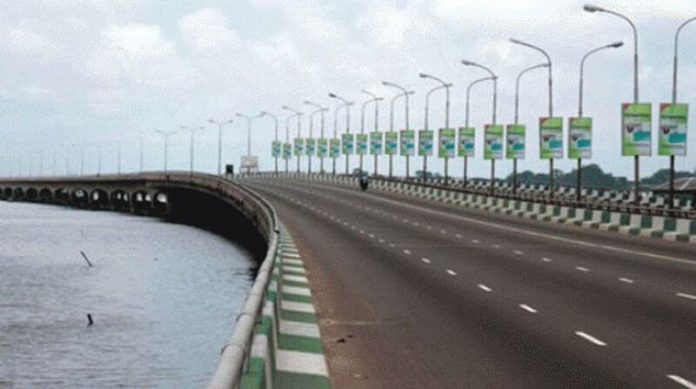 The Federal Government has announced the different phase’s points of diversion of traffic during the partial closure of the Third Mainland Bridge for repair works.

Federal Controller of Works in Lagos, Engr Olukayode Popoola, who disclosed this during a press conference at Alausa, appealed to motorists and Lagos residents to cooperate with government and appropriate agencies during the 6 months partial closure which is expected to start on July 24.

Engr. Popoola revealed that there would be diversion of traffic in 2 phases during the partial closure of the bridge between Friday, July 24, 2020 and January 24, 2021.

On his own part, the Lagos State Commissioner for Transportation, Dr. Frederic Oladeinde said priority will be given to those driving from Mainland to the Island in morning and afternoon to use the Third Mainland while those driving against traffic will use the alternative routes.

Dr. Oladeinde assured motorists that Lagos State Traffic Management Authority (LASTMA) will work with Federal Road Safety Corps (FRSC) in all the alternative routes to ensure that motorists have a smooth journey during the partial closure of the bridge.

The commissioner advised those who don’t have any genuine reason to be on the road to stay at home to reduce vehicular movement during this period while adding that the public vehicles would be available and affordable for road users.

Also speaking, Engr.  Aramide Adeyoye, said Lagos State Government has commenced necessary preparatory works on all the alternative routes in the state to make them motorable for the commuters.

She also warned trucks and vehicles that are not road worthy or serviceable to stay away from Lagos roads.