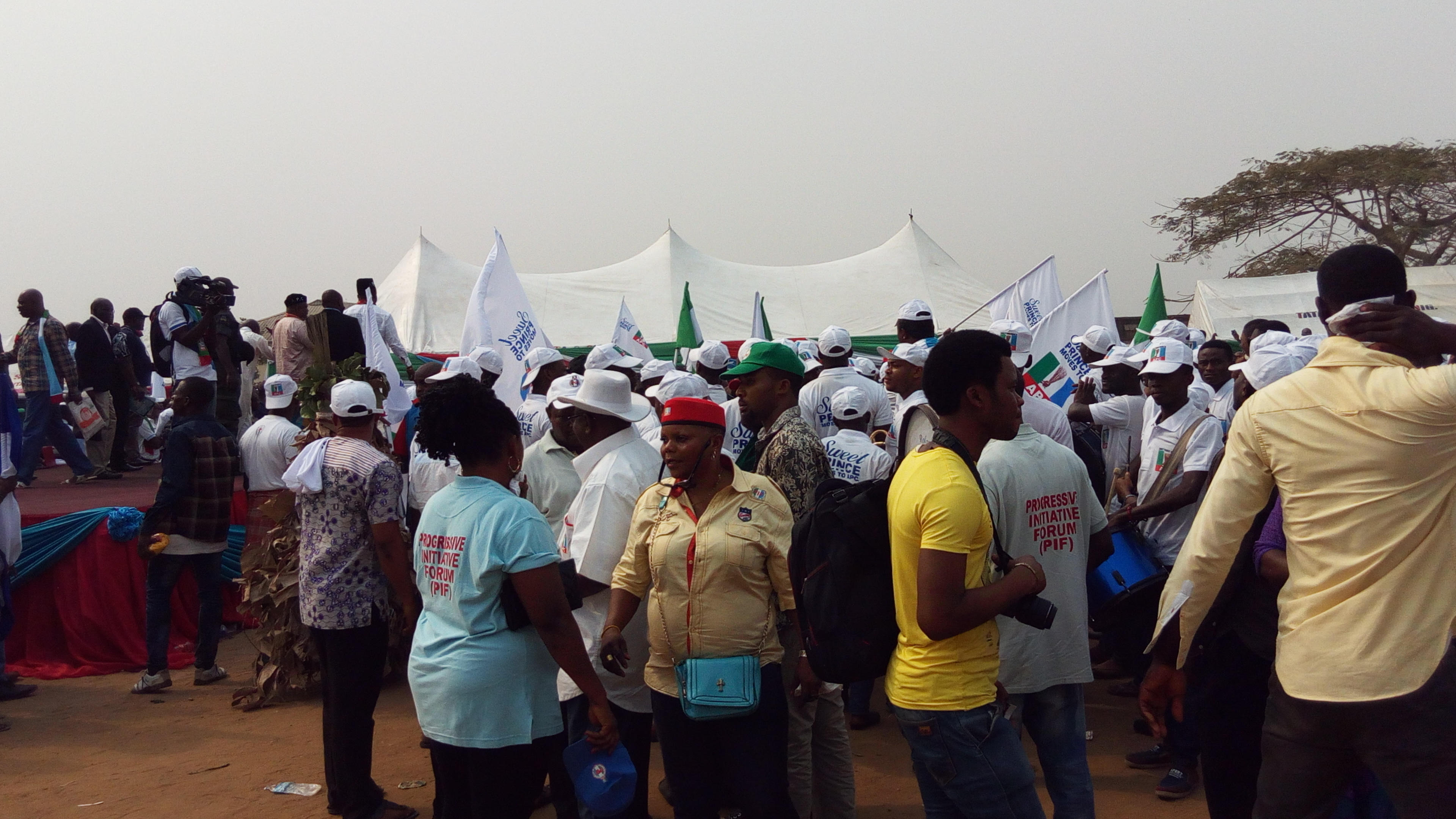 Oyegun who said he was delighted that the former Senate Leader has led his team to pledge to the broom however challenged them to work round the clock to ensure that the APC take control of government in the state.

The national chairman said, “Now I know that Cross River State is a progressive state and the defection of the real shaker and mover of politics in the state is a demonstration that Cross Riverians believe in the administration of President Muhammadu Buhari.

He also noted that, ” We do not have Ghana-must-go bags to give to people but as a party, we believe that the nation must be governed with the thought of the people “.

While charging the defectors to let no stone unturned to ensure the party take over the South-South region, the national Vice Chairman (South-South) of the Party, Prince Hilliard Etah said that PDP is dead in Cross River State.

According to him, “Today the people of Cross River have made a bold statement. Today we are saying that the mandate of the people will no longer be sold to the highest bidder again. The defection is to say thank you to the President for what he has done for the state in just seven months”.

Speaking on behalf of all the defectors from the central senatorial district of the state, Ndoma Egba said, “Democracy is about choices and today we have joined APC as a formidable alternative to lead the state to the highest height”.

Also speaking, Senator Otu who spoke for the southern senatorial district of the state, commended the mammoth crowd of supporters who moved with them to the APC.

“I thank you all for supporting and believing in us. Today we have over 7000 supporters who believe that you can’t change political life without changing political principle.

“From today, Cross River has become an APC state because we have joined with a firm resolve to build a strong state and a strong Nigeria”.