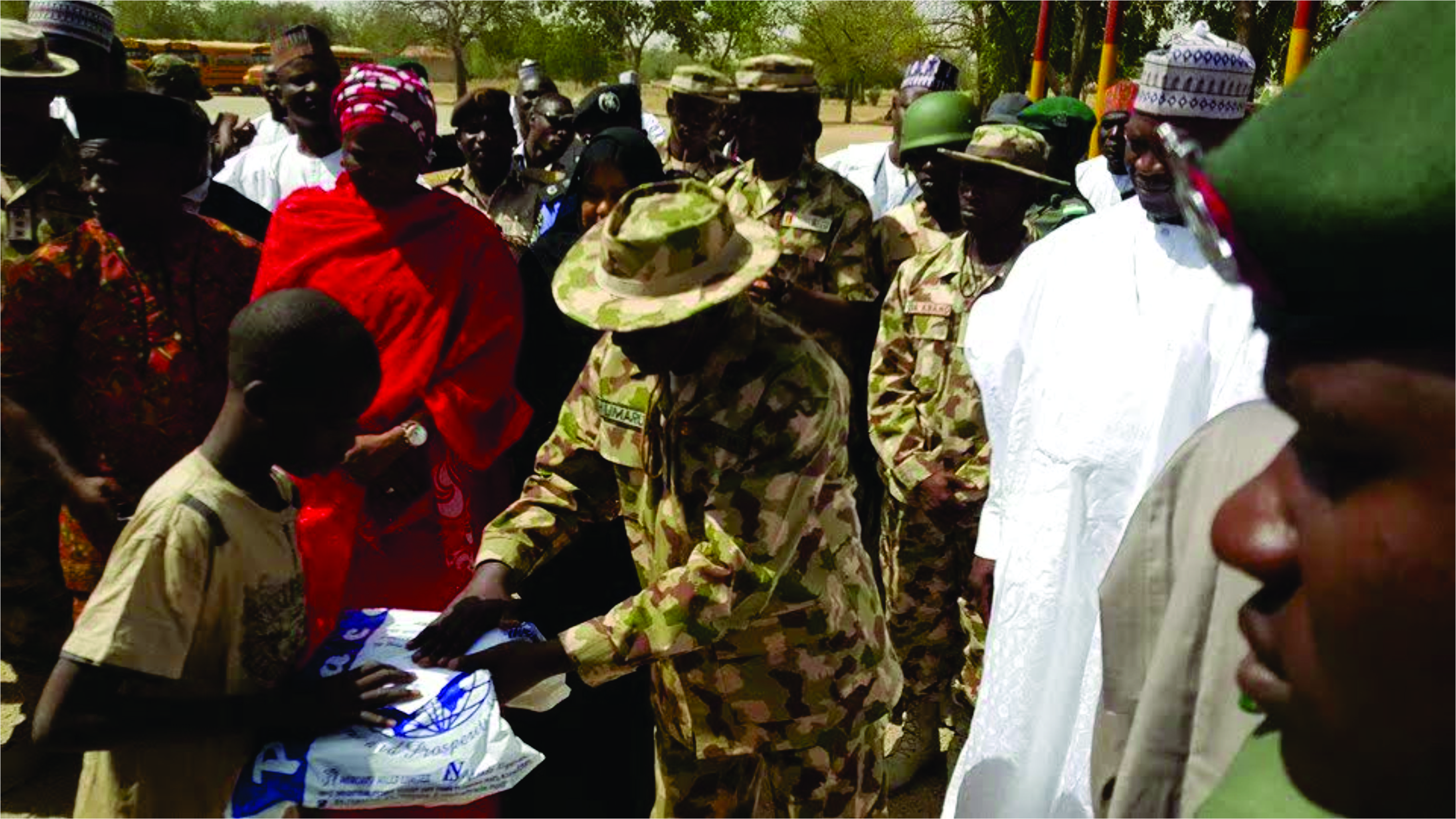 The Nigerian army has made an official handover of 275 suspected Boko Haram
members, after investigations show they were not involved in the insurgency in the
north-east.

Governor Kashim Shettima who was handed them over to promised to help the detainees re-adjust promptly into the society, by assisting them with vocational training.

The 275 detainees were arrested by the military, nvestigated and cleared in connection to Boko Haram.

The detainees were handed over to Governor Kashim Shettima at Maimalari Barracks in Maiduguri.

The theatre Commander of Operation Zaman Lafiya Dole Major Umaru, said the freed
detainees include 271 Nigerians and two nationals each of the Republics of Cameroon and Niger.

“‘Today we are releasing 275 persons who have been in detention over suspicion of
being involved in terrorism.

“‘Our crack team of joint investigators has screened and cleared the persons that are in
the process of being released here today,” he said.

He said that the detainees included 142 males, 49 females, 22 under aged and 50
children of cleared females.

Umaru expressed sadness over their detention and urged them to consider it as their
contribution to efforts to return peace in the country.

The Governor on his part called on the freed detainees to remain law abiding citizens. While presenting cash and clothing materials to them, pledged to vocationally train them.