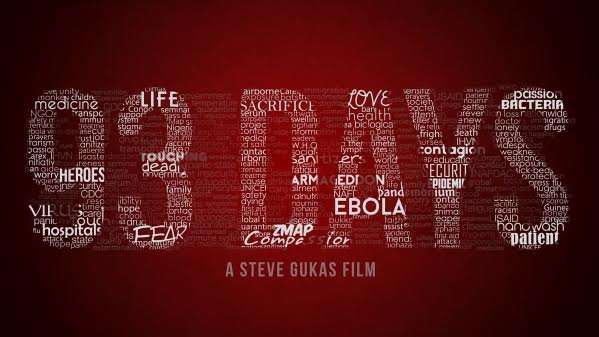 Share this on WhatsApp
Spread the love
By Ediale Kingsley
93 Days, the highly anticipated movie on the outbreak of Ebola Virus Disease in Nigeria is finally out with a trailer.
The movie tells the true life story of men and women who risked their lives and made sacrifices to save the citizens of Nigeria from the consequences of the outbreak of the highly dreaded Virus.
Produced by Steve Gukas, Pemon Rami, Bolanle Austen-peters and Dotun Olakunri, the film takes us back to 2014, from the period the news broke about the virus in Nigeria to immediate measures put in place to stop the spread.
The film recounts the heroic roles played by the Late Dr Adadevoh and her team at the First Consultant Hospital, Former Lagos State Governor,Babatunde Fashola, Former President Goodluck Jonathan, Ministers of Health at both State and Federal levels in saving the country from a major epidemic which was eradicated 93 days after the disease was imported into the country.
ALSO SEE: Sotayo Sobola speaks child rape in new movie
“93 Days is a Film all Nigerians should be proud of and support because it tells a story that is a major milestone in our history as a people and one that shows us at our finest” – Dotun Olakunri, Co-Producer, 93 Days
Hollywood actor, Danny Glover, Bimbo Akintola, Tim Reid, Somkele Iyamah Idhalama, Alastair Mackenzie, Keppy Ekpeyong Bassey, Bimbo Manuel, Charles Okafor, Gideon Okeke, and other talented actors all star in the movie.
Directed by Steve Gukas, 93 Days is a must-watch as the movie tells the story of a major landmark in the history of Nigeria.
Share this on WhatsApp