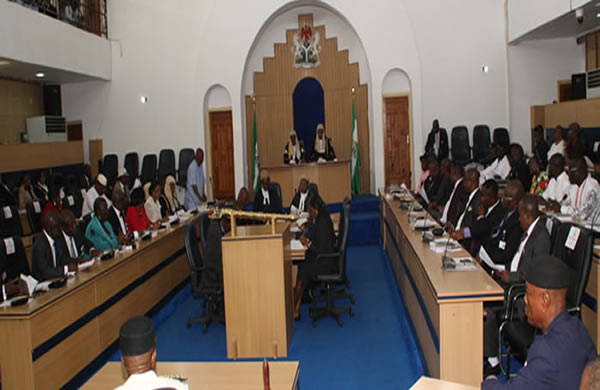 The Delta State House of Assembly on Wednesday urged the Federal Ministry of Works to direct the Federal Road Maintenance Agency (FERMA) and other relevant federal agencies to as a matter of urgency carry out immediately repairs on the bad portions along the Warri-Sapele road between Okwijorogu and Okuovo in Okpe Local Government Area of the
State.

The House also solicited for the maximum cooperation of security agencies, particularly the Nigerian Police Force to beef up security in the area to avert criminals cashing on the worrisome bad portions of the road to commit crimes.

The motion was sequel to matters of urgent public importance moved by the member of representing Okpe Constituency. Mr. Sherrif Oborevwori and seconded by Mr. Samuel Mariere, representing Ughelli North I Constituency.

In an amendment motion moved by Mr. Samuel Mariere, the House presided by the Speaker, Mr. Monday Igbuya, urged the Governor of Delta State, Ifeanyi Okowa to intervene in the stretch of road between Sapele and Warri, along the East-West road.

Resuming debate on the motion, Mr. Oborevwori sympathized with hundreds of motorists over the pains they suffer on those spots as a result of the deplorable state of the failed portions and solicited for the maximum cooperation of security agencies, particularly the
Nigeria Police Force.