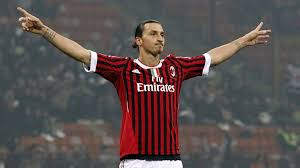 AC Milan boss Gennaro Gattuso has failed to rule out a San Siro return for Los Angeles Galaxy forward Zlatan Ibrahimovic.
The legendary Swede moved to the MLS side earlier in 2018, but the veteran frontman has been strongly linked with another spell in Europe.
Ibrahimovic enjoyed a successful two-year spell with the Italian giants between 2010 and 2012, and Gattuso did not rule the arrival of the striker when quizzed on the topic.
Gattuso revealed: “We’ll see, but I think right now we need to concentrate on what we’ve got and what we need to do.
“There’s no point thinking about it now. I just have to get my team playing as best we can.”
Ibrahimovic still has a year remaining on his contract at LA Galaxy.