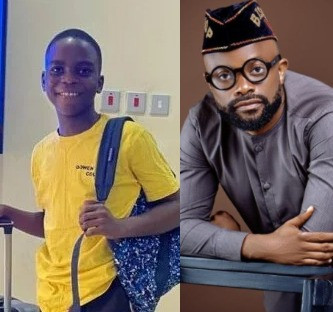 Comic actor, Imeh Bishop Umoh popularly known as Okon Lagos, has spoken about the ongoing development about the death of 12-year-old Sylvester Oromoni. He asked if justice will ever be served in the case, Sylvester died on November 30, with family members stating that he was tortured by his seniors days before his died.

In a post shared on his Instagram page, OkonLagos stated that with the dramatic twists emanating from the case now, he wonders if real justice will be served. He also mentioned that with the way the case is going he will never send his children to boarding school.

Recall that the five students Sylvester allegedly mentioned before he died and three housemasters of the school, arrested over the case have all been released. According to the Lagos state Commissioner of Police, Hakeem Odumosu, the autopsy carried out on Sylvester’s body does not indicate that he was murdered.

Read what he wrote below; 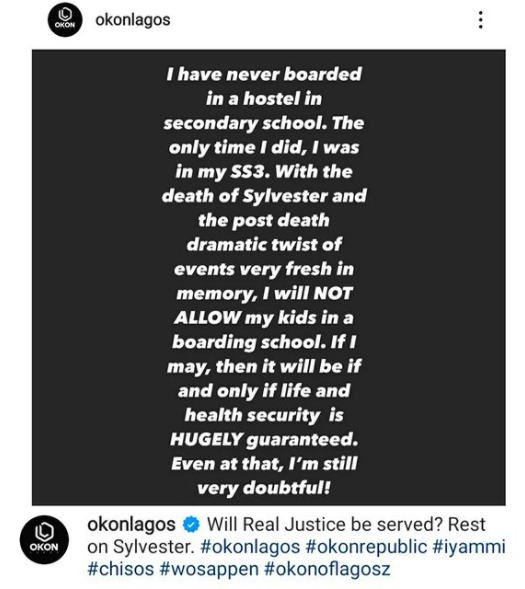