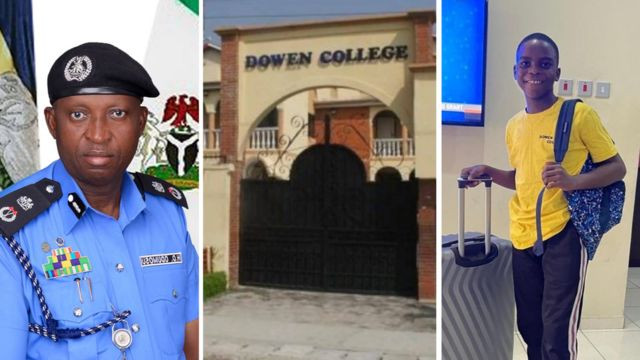 CSP Bamidele Olusegun on Tuesday told an Ikeja Coroner’s Court that parents of some Dowen College students hindered investigation into the death of 12-year-old student of the school, Sylvester Oromoni.

Olusegun, who works at the Homicide Section of the Lagos State Criminal Investigation and Intelligence Department, Panti, Yaba, told the court that the parents hindered the investigation by refusing to release their wards for interrogation.

Olusegun, the Lead Investigating Officer of the case, made the claim at the continuation of his cross-examination before the court.

According to the News Agency of Nigeria, while responding to a question from the Coroner, Mr Mikhail Kadiri, Olusegun said that three roommates of the deceased were not released by their parents due to fear of trauma.

Olusegun also said that investigation into the death was not comprehensive due to unavailability of the three roommates of the deceased.

“Having not been able to interview the remaining three students, I can say the investigation was not comprehensive.

“There were four bunks of eight students in the deceased’s room and we (police) were given all the names of the roommates of the deceased.

“We, however, succeeded in interrogating four out of the seven roommates.

“This is because some of the parents said their children were going through trauma,” he said.

Responding to a question by Mr Anthony Kpokpo, counsel to Dowen College, as to how many students confirmed that the deceased was beaten, Olusegun said, ‘None.’

“All the students at the police station said the alleged beating never happened,” he said.

The witness added that investigation into the death did not reveal anything against house masters at Dowen College.

It was alleged by the Oromoni family that the 12-year-old student died on Nov. 30, 2021, from injuries sustained in an attack by five senior students of Dowen College for refusing to join a cult.

It was also alleged that he was forced to drink a substance by his attackers.

Advice by the Lagos State Directorate of Public Prosecutions released on Jan. 4, however, disputed the allegation.

It stated that an autopsy revealed the cause of the student’s death as acute bacterial pneumonia due to severe sepsis.

The coroner adjourned proceedings until Feb. 28.