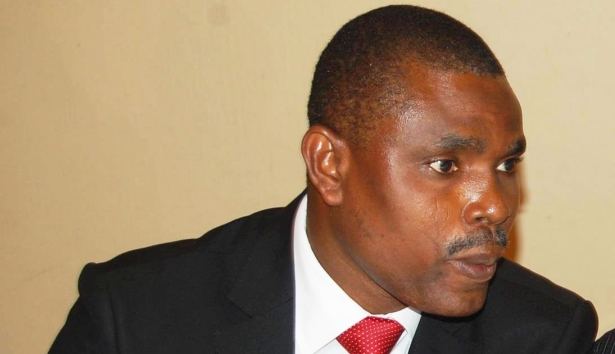 Few days after he was removed as the scribe of the body, the Federal Government has commenced the probe into his tenure.

Some other top officials of the council may also be asked to go as government  prepares for the overhaul of the parastatal.

The planned reorganisation is a consequence of allegations of wrongdoings in the establishment by members of staff of the council.

One of the allegations is that over N1 billion cash of the council, meant for International Financial Reporting Standards Academy (IFRS) is trapped in a bank, contrary to the decision of the board to invest it in treasury bills.

Investigation revealed that FRCN N1bn fixed deposit scam had been under probe radar since 2014 but the administration of ex-President Goodluck Jonathan did not act.

Some of the other allegations against the council border on curious budget and expenses as follows:

Expenditure of  N225 million on the production of FRC registration certificates which cannot be exhausted in 24 years’ time.

Acquisition of a N47 million mansion in Houston, Texas (suspected as 15918 Mission Village DR Houston Texas 77083) by an unnamed official  of FRCN.

Expenditure of N36 million within  60 days in 2014 on local travel to Abuja to probe the books of Central Bank of Nigeria (CBN) under ex-Governor Sanusi Lamido Sanusi. Suspicious payment of incidental expenses.

In a particular curious expense in July 2014, a top official allegedly applied for N736, 250 to go to Abuja for an official assignment.

His memo said: “Please arrange to reimburse me for my trip to Abuja to meet and brief the Permanent Secretary on the activities of the FRC.

The official  had applied for the reimbursement of the cash through a memo addressed to Assistant Director (FIND).

The memo, which was obtained by our correspondent  said: “Please arrange to reimburse me for my trip to Abuja for a meeting to attend the meeting of Heads of Parastatals with the Honourable  Minister at Federal Ministry of Industry, Trade and Investment on Thursday, August 14, 2014.

A top government official said: “There were a lot of issues during the tenure of Obazee which the government will look into.

“There were allegations of mismanagement of funds and  huge incidental expenses incurred by some top officials of the council.

“For instance, it was alleged that about N36 million was spent on local travel to investigate the books of the Central Bank of Nigeria during Sanusi Lamido Sanusi’s tenure.

“We have a report on how a top official of FRCN allegedly bought a N47 million mansion in Houston, Texas.

“The council made suspicious payments to  hired consultants, who  were suspected to be proxies for some of its officials.

“Some contracts awarded were questionable. Also, some outrageous allowances were paid outside the approved rates in the civil service. So, we may probe the administration of FCRN anytime from now.

“The probe of Obazee and others will be part of plans to overhaul the Financial Reporting Council of Nigeria. The agency stinks  a lot.

“These allegations are not new but the administration of ex-President Goodluck Jonathan did not act on them.

“Actually, a member of the Audit Committee of the former board of FRCN had raised some of these issues, especially on poor management of resources.

“There are allegations that  council did not publish its annual reports for some years contrary to Section 38 of the FRCN Act. This is not in line with international best practices.

“We will ask the new board to restructure the FRCN in a manner that it will disallow a sit-tight syndrome. Until he was removed, Obazee had served as FRCN chief for more than 10 years as Technical Director through CEO in NASB and to the Executive Secretary level.”

The FRCN’s stipulation of a maximum period of 20 years for the heads of all registered churches, mosques, and civil society organizations and its Governance Code 2016 have caused tension in the last few days.

The FRC’s regulations, which had not received final approval, led to  the exit at the weekend of Redeemed Christian Church of God (RCCG) General Overseer Pastor Enoch Adejare Adeboye.

Worried by the religious tension, President Muhammadu Buhari on Monday sacked Obazee and reconstituted the board of FRC.

A statement by the Senior Special Assistant to the President on Media and Publicity, Garba Shehu, announced the President’s decision.

The statement said: “President Muhammadu Buhari has approved the immediate removal and replacement of the Executive Secretary and the reconstitution of the board of the Financial Reporting Council of Nigeria.

“He has appointed a Chairman and a new Executive Secretary for the council. The new Council as approved by the President has Mr. Adedotun Sulaiman, MFR, as Chairman.

“Mr. Sulaiman was a former Managing Partner/Director of Arthur Anderson and later, Accenture. He is a Chartered Accountant and a product of the University of Lagos and Harvard Business School.

“The President has also approved the appointment of Mr. Daniel Asapokhai as the Executive Secretary of the Council. Mr. Asopokhai is a partner and a Financial Reporting Specialist at the Price water House Coopers, Nigeria.”