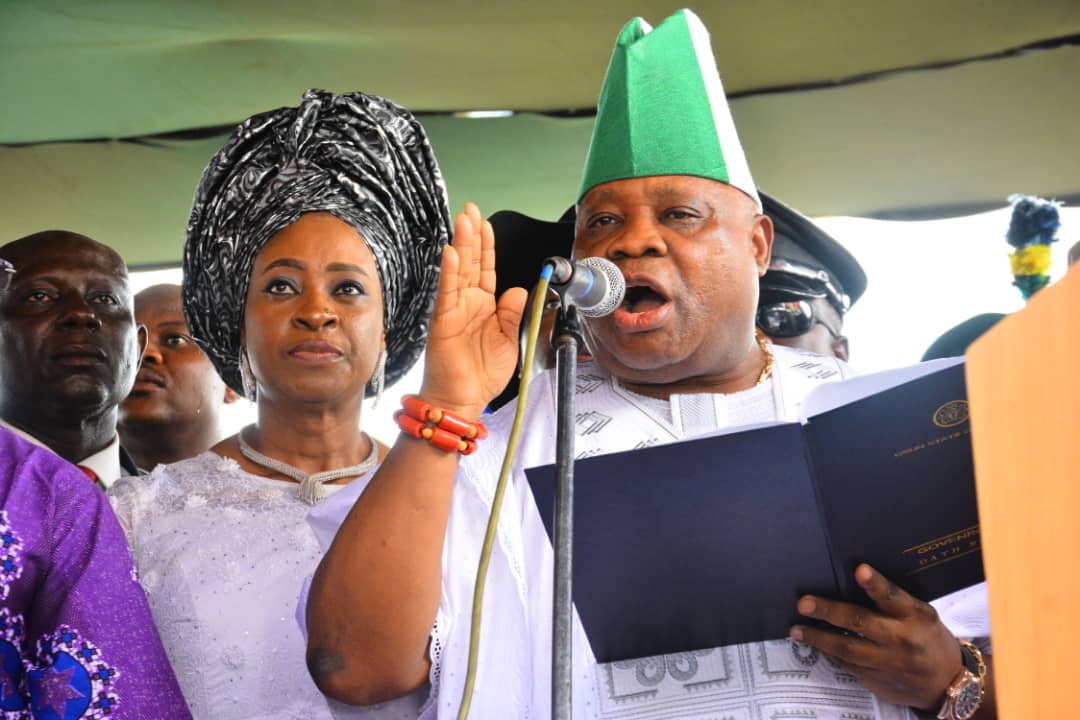 This is contained in a statement by his Spokesperson, Malam Olawale Rasheed.

The governor signed the executive orders on Monday, including an order freezing all the State Government accounts in all banks and other financial institutions.

Others he said are for the immediate freezing of all the state government accounts in all banks and other financial institutions, order on Staff Audit – All Heads of Ministries, Departments, Agencies, Commissions, Boards, and Parastatals of Osun State Government are directed to carry out immediate staff audit of the actual number of workers in their establishments as at July 17, 2022.

The governor said all heads of agencies and parastatals are to file a report to the Office of the Chief of Staff to the Governor stating the full details and position/designation of each of the staff on the forwarded list, within seven working days from the date of the Executive order, using the Oath of Fidelity Template.

The governor also nullified all employments in the service of the Osun State Government made in any capacity into any capacity in all the Ministries, Departments, Agencies, Commissions, Boards, and Parastatals after July 17.

The governor also said all appointments in the service of the Osun State Government made in any capacity into any capacity in all the Ministries, Departments, Agencies, Commissions, Boards, and Parastatals after July 17, 2022, be and are reversed.

The governor further said all appointments of traditional rulers made by the Osun State Government after July 17, 2022, to be reviewed to ensure there was strict compliance with due process of chieftaincy declarations and native law, custom, and tradition relating to such chieftaincies.

“In the case of Ikirun, Iree, and Igbajo, to avoid further breakdown of law and order, the appointments of Akinrun of Ikinrun, Aree of Ire, and Owa of Igbajo are hereby put on hold pending review.

“Subsequently, the palaces of Akinrun of Ikirun, Aree of Iree, and Owa of Igbajo should remain unoccupied, while security agencies are hereby ordered to take charge,” he said.

The governor said in line with executive orders two, three, four, and five, the state government has ordered the setting up of review committees on Staff audits/appointments/promotions, State assets inventory and recovery, Contractors/MoUs/agreements, and Chieftaincy matters/appointments of traditional rulers.