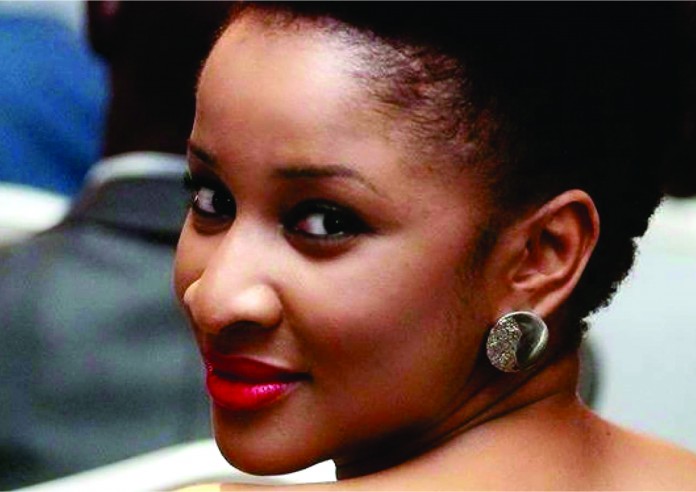 It’s not every day we come across a nollywood actress with a first class degree in Drama and performance from the University of Wolverhampton in United Kingdom. So when Ediale Kingsley meets the triple distinction holder in Performing Arts from City College Coventry, also in the UK, we had a lot to talk about. Adesuwa Etomi obliged to an interview session with Trends at the Media Screening of her latest flicks, Couple Of Days. Excerpts:

WE are here for the media screening of your latest job ‘Couple Of Days’. What’s your take on the film?
I love the cinematography. Nice picture quality. Working with the cast and crew was so fun cos the synergy was there between the cast and the director was easy to work with. The story follows the lives of three couples who decide to head out on a weekend getaway to Ibadan, however their happy break is botched when little gossips lead the couples to share more personal secrets than any of them is willing to reveal and makes them ask the question: Does love really last more than a couple of Days?

How long have you been acting?
I have been acting professionally since 2013. I only moved to Nigeria two years ago because I have been in the United Kingdom. I studied Drama and Performance in school. I got a Bachelor of Art degree in Drama and Performance and I came out with a first class. I wasn’t planning to move back to Lagos when I did. Frankly, I quit my job over there because I grew discontent and restless. Initially, my plan was to come and spend three months here, but now I have spent three years. This means that it has been good and rewarding. I stayed because Nollywood welcomed me and my love for acting won’t let me be. It is a decision I haven’t regretted. Even before now I have done a lot of theaters; I did a lot of musicals. I wasn’t so keen about been a superstar and so I did a few things but they were mostly theater. But this year, I did say to myself, ‘if you want to be a performer, you have to learn to be an all-rounded performer’. Hence the reason I am doing more TV and film productions. This year alone, I have been involved in three films. I have another TV series called, ‘Lasgidi Cops’. I have been trying to get more screen time this year than I have done in the previous years.

Who are the actors you admire in Nigeria?
Oh, my God, this question always puts me in a fix because there are so many awesome people I admire. I actually love Rita Dominic because I feel she is interested in growing her performances. Seeing her in The Meeting was very interesting, I was very glad she took on that sort of role. I love RMD. He is so awesome; I think he is such a dedicated performer. I love Dakore; she is such a great performer. Anytime I watch her, I believe everything that she’s doing. Obviously, we have the likes of Omotola and Genevieve. I love Kalu Ikeagwu; he’s a great performer. Ha, Blessing Egbe, I can’t take my eyes of her anytime she’s on screen. There are so many great people, so many, so many great people. Also, the young performers that are coming up now are absolutely breathtaking.

What role are you playing in Shuga?
I am playing the role of Sheila. Sheila is an amazing woman; she is 27 and dating one of the major characters. She is assertive, strong minded, but she is also very soft and doesn’t raise her voice. She is a very sweet character who would stand up for what she believes in and it’s such a privilege playing her because she is calm and very intelligent. I like playing intelligent characters; they are very easy to play.

What’s the difference between Sheila and Adesua?
Sheila and Adesua are quite similar. The difference is that Adesua isn’t quiet. I am not quiet from here to there, I am very playful and I do like to get along with everybody around me. I like to make people feel very comfortable. So, I am very out there. But Sheila is reserved and quiet.

What is your experience like on set?
It has been absolutely amazing. I had always wanted to be a part of a project that would touch people’s lives. A subject matter that actually matters, I always wanted to be a part of a project that teaches. A project that sends out information and Shuga is all of these things. It’s been great working with all the cast. Initially, I was a bit skeptical because I thought maybe there wouldn’t be a great merger between the old and the new cast. But I realised that you couldn’t even tell the difference between who is old or new because we jell so well and we’ve become a family. So, it’s been absolutely awesome, the experience I wouldn’t trade for anything.

How did you get into the show?
I actually got invited for a close audition. I was very naive because I saw so many people I knew. You know, when you are new in the industry; you come across really good actors when you go for auditions. You will keep asking yourself questions, like ‘Jesus, how am I going to get this?’ Then, I will pray to God and say, ‘daddy, please help me out’. When I wake up in the morning, I put some anointing oil on my head and say ‘Lord, help your sister out’. I don’t play with God at all because I believe He is the one that grants favour. So, I just prepared myself, went in there, did the best that I could, went back home and waited for that call that would change things. A couple of days later, they told me I got it all and that was it.

You have the ability to quickly switch from your British accent to Nigerian accent…?
I moved to the United Kingdom when I was an adolescent. My ability to switch is quite funny, really, because people keep saying that. But here is the real thing; I believe if you want to come to Rome, you have to learn how to speak like the Romans. I don’t want to stand out because of things like accents. If I want to stand out, I want to stand out because of my work. I don’t want you to say that I am amazing because I have got a British accent. You put me in your film and see how I’ll turn things around, and obviously, I can’t use my British accent in every role I get. It won’t work like that. You have to learn to transform as a performer, you have to learn all these things. Honestly, picking up the Nigerian accent has worked in my favour. When I just came in, I sounded like I was from Warri, no offence to people from Warri. But, you know, it just sounded that way and it was really wired.

What was your perception of Nollywood before you came in?
When I came in, I thought I would be here for three months. But when you see a potential in place, only a crazy person would want to leave. I then knew I wanted to be a part of the history of Nollywood. Honestly, when I first came in, I saw a work in progress. I thought Nollywood could be a lot better. I thought there were so many things going on. But I also saw they were trying to do things that were different and I wanted to come and join them. When you are outside the country, it’s so sad to just sit there and be like ‘these people are not doing things well’. When you can come and actually be part of the change. Why stay there and complain if you are not going to do anything about it? So, I was one of the people that wanted to do something about it and I wanted to experience things first hand. I don’t want to see it from what people will tell me, I wanted to hear it myself, I like to have my own impression and not go by what the general public is saying or what they think. So, when I came here and met so many people that are passionate about the art, it was very refreshing. I enjoy being part of the art here than there, which is very shocking. But I just love the fact that people are coming in and are doing things that are different, and I want to be part of the change, I want to be part of the history, I want to be part of Nollywood’s growth. Hence the reason why I am still here and I am not going anywhere till we achieve it. Until we start getting nominated in the Oscars. They haven’t seen anything yet; we are just starting.

Are you in a relationship?
There are some things that are really personal to me and I prefer not to talk about them. So, I would not address that.

How do you handle your male friends?
It is sometimes funny because many people tend to say that most female actresses have negative reviews when it comes to attention. However, people are quite respectful of me. I never feel overwhelmed by male attention because men will always be like ‘Adesua, I love you’. It is not always like that, you get people that admire you, you can just wave and say hello. People can walk up to me and say ‘you are awesome’ and I will say ‘thank you’. It’s not anything special. I have not had any wild experiences. Maybe if I am on Instagram and someone writes rubbish, I will just delete it. Things like that don’t really bother me.

What about men who want more than just being friends with you, how do you handle them?
You know what, men don’t really toast me. I don’t know why, really; maybe it is the way I carry myself. They don’t, really. Sometimes, when they want to talk to me, they will assume I am already seeing someone.

Have you been sexually harassed?
No, never! And I think that it is just God’s favour. No director or producer has ever said ‘come let me sleep with you’. No one has ever tried to touch my body part. I have not experienced any of that, not for once and that is because I pray hard. And God knows I just want to face my work and do well. I don’t have time for all that and I am thankful, because I know people that have gone through it.

How much time do you spend in church?
Not as much as I would like. You know, sometimes on Sunday, I have to work, and sometimes midweek. But I feel like your spiritual life should never ever suffer for your works. So, me and my ‘daddy’ are constantly talking. 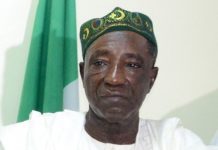