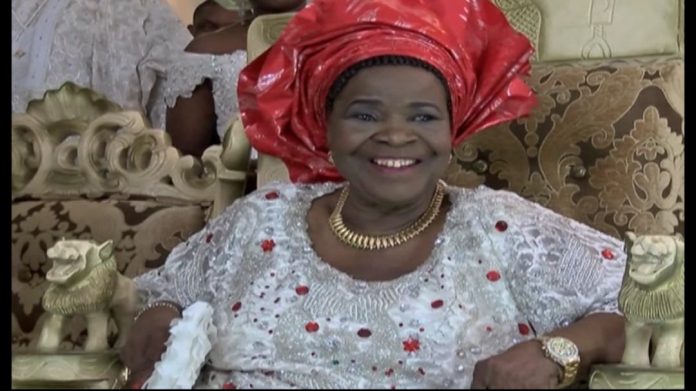 Dominion Okoro, the domestic servant who murdered the murder of Edo former Gov. Lucky Igbinedion has narrated how and why she did it in Benin City December 1.

“We used to massage her body. So on December 1, at about 11pm that day after massaging her body, I prepared the bed for her to sleep,” Dominion told newsmen Tuesday.

She and other suspects were being paraded at the Edo Police Command headquarters, Benin City.

After giving her boss the backrub, Dominion decided to steal her money from the drawer, but the old woman caught her, and shouted.

“So I hit her on the head with a stool and she died,” Dominion said.

She said a former house-help encouraged her to kill Mama Igbinedion.

Gloria was the one running banking errands for the 80-something year-old matron. So she knew what the stakes were.

“She told me to kill the woman so that she will give me part of her money to take care of my baby who is sick,” Dominion said.

Gloria, who initially refused to talk to journalists, said the police had threatened to kill her if she mentioned her accomplice.

“The man said they will kill me if I mention anybody that I am telling lies. The man is a police officer and he is here.”

Patience Okoro, one of Dominion’ sisters arrested, said she didn’t know anything about the killing. Her younger sister only informed her on phone after she committed the murder.

Patients told newsmen they all assisted the police in tracking and arresting Dominion.

The police have not released Patience yet.

“My sister is not talking because the police has threatened to kill her if she mentioned her accomplices to journalists,” she said.