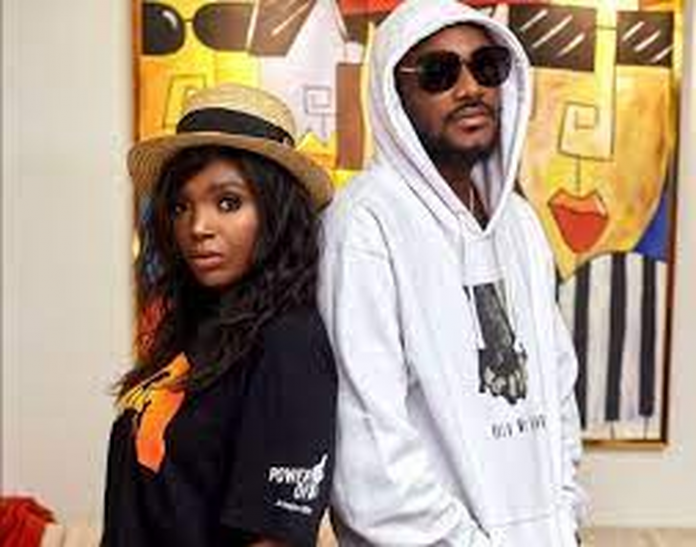 The fight between Tuface Idibia and his wife Annie climaxed the night of September 7 in what might pass for a punch-up. Then the hiphop star took a flight.

He’s on his way to America, according to the Daily Post.

“His manager, Efe, and his cousin packed some of his things and right now, he’s on a plane,” a source told the newspaper September 8.

“He’s not going to meet Pero. He has an apartment which is different from hers.

“He’s going away because of too much ‘wahala.”

The source added Annie is insecure because Tuface pays more attention to Pero who has two sons for him, and she spends more time in Nigeria.

“Annie just had two girls but you know as an Idoma man it’s like Tuface is prioritising Pero with the boys.”

The fight between Tuface and his Nollywood star wife began weeks ago when she exploded on social media with the rant about a night Tuface spent in his brother’s house with Pero and her boys who came visiting.

Many blasted the lady for bringing her family affairs to social media, a market square.

The father of seven Tuface had been quiet all along as the battle ranged between Annie and her brothers-in-law, and other members of Tuface’s family.

The couple wedded in Dubai eight years ago.