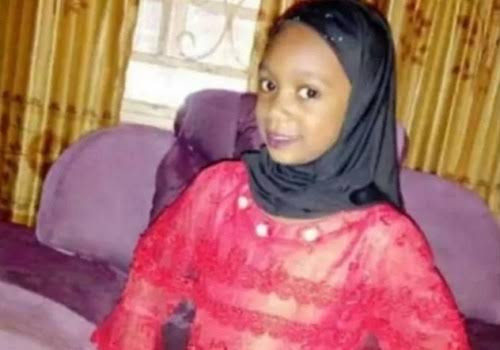 Asmau, an eight-year-old girl kidnapped in Zaria, Kaduna, has been murdered after her abductors collected N3 million in ransom.

The Kaduna incident came on the heel of a similar crime in Kano.

The National Daily reported how a school proprietor kidnapped his five-year-old pupil Hanifat last December, and killed with poison after ransom payment.

Asma’u too was abducted by one of her neighbors on the 9th of December 2021, and her father, Shuaibu Wa’Alamu, reported to police.

“After some days, the abductors began to call my number and demanded for N15m. But we negotiated and I first gave them N2m,” the father said.

They collected the money in Rigasa area of Kaduna.

“Later, they called me again and demanded for another N1. 045m as the only condition to release my daughter. I did not argue. But I gave the money to them.”

The abductors later called him they had killed his daughter.

“I know those who abducted her and killed her. They are around us. I have strong evidence. I have told the Police. And they are on it. In fact, the suspects have been arrested,” he said.

Spokesperson of the Kaduna Police Command, ASP Muhammed Jalige, said investigations are going on, but could not give details for now.