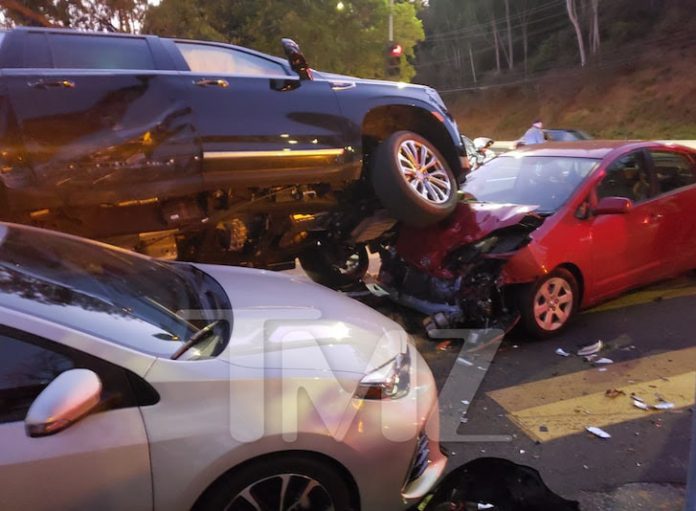 Hollywood vet Arnold Schwarzenegger was involved in a crash January 21, and no fewer than four cars were involved in the accident.

Blogger TMZ published the photos of the scene of the accident which occurred at an intersection in Brentwood.

Police did not identify those involved.

But the California ex-governor’s spokesman confirmed to the Los Angeles Times that ‘Governator’ was driving the SUV when the incident occurred.

According to CBS Los Angeles, the SUV driver was “near the intersection of Sunset Boulevard and Allenford Avenue, when a collision occurred with a red Prius making a u-turn as he continued through a ‘red arrow’ signal to turn left.”

One person sustained injuries thought to be minor.

Schwarzenegger was uninjured and had spoken with emergency services and the injured person.

Police said that no arrest has been made and ruled out the involvement of drugs and alcohol.