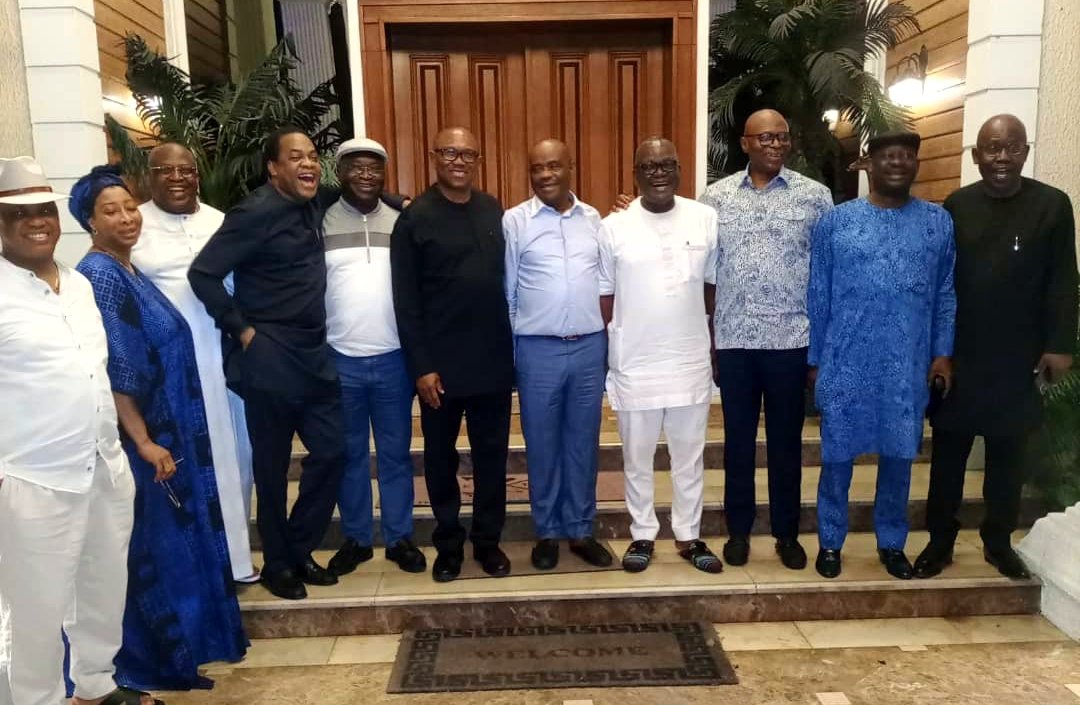 LP’s presidential candidate Peter Obi has met with members of the Nyesom Wike faction of the PDP in Rivers state.

The purpose of the meeting has not been revealed yet, but ex-Gov Segun Mimiko who was at the meeting tweeted on Monday night.

Since Obi headed out of the PDP, he has been fraternizing with the angry Rivers governor and others in his camp.

Sharing a photograph of the meeting, Mimiko wrote: “Nice to share some time last night with @GovWike @Donald_Duke @PeterObi @HEDankwambo @GovSamuelOrtom @GovernorIkpeazu, Mohammed Adoke SAN and many other friends.”

Wike has yet to defect from the opposition since he lost his party’s presidential ticket. His romance with the APC and Obi has made many conclude the governor will soon skip out o his party.