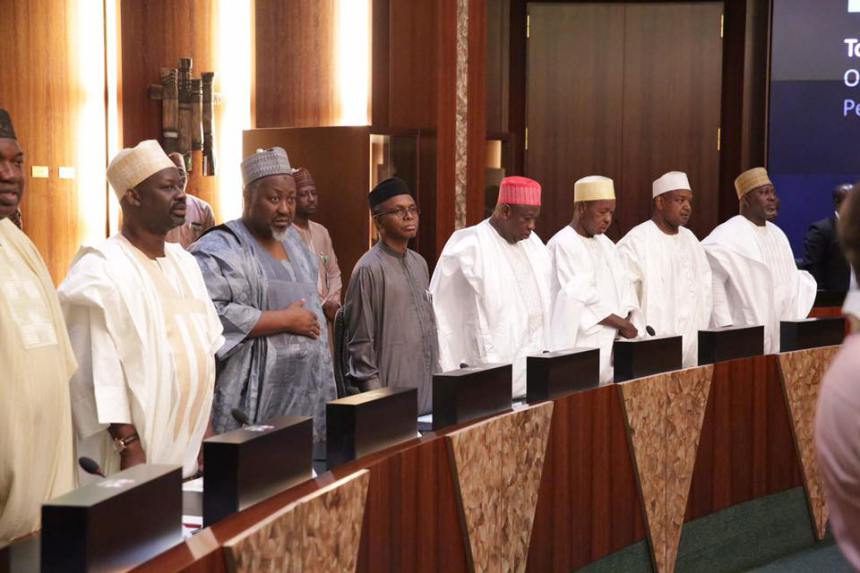 The 36 state governors under the aegis of the Nigeria Governors’ Forum (NGF) are to meet on Wednesday in Abuja to discuss issues of economy, insecurity and other challenges confronting the nation.

He said the state of the economy ‪will dominate the conversation when the 36 governors meet at the Banquet Hall of the Presidential Villa in Abuja.‬

“Worried by the economic woes that the citizenry has been complaining about and the hardship associated with it, several governors reasoned that it is high time to tell each other the bare truth by confronting each other on the situation and brainstorming on it.

“This formed the basis for resorting to an in-person meeting which since the outbreak of the COVID-19 pandemic been relegated by the states’ executives.

“Two things will feature prominently in the conversation: the economy and security.”

He dismissed as spurious, recent media reports that the governors had collectively advised the president to compulsorily retire civil servants aged 50 and above.

According to him, the meeting will be the first to be held collectively by the governors on the nation’s economy in 2022.

Bello-Barkindo said that the governors would launch the Primary Health Care Leadership Challenge Fund and the World Bank SFTAS charter before going into the meeting, expected to commence by 2pm.