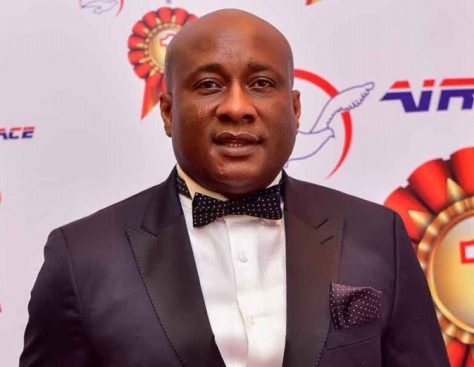 An American magistrate of US District Court of Northern District of Georgia, Justin Anand has issued a warrant of arrest for the Chairman of Air Peace Limited, Chief Allen Onyema over alleged money laundering and bank fraud in the US.

The development means Onyema may be arrested anywhere in Nigeria or the US as a result of a mutual legal assistance policy that allows both countries to extradite suspects facing criminal charges.

There are chances that the Economic and Financial Crimes Commission (EFCC) will wade in considering previous cases it had arrested people wanted by the U.S. Federal Bureau of Investigation for fraud or other criminal allegations.

Onyema’s case comes as U.S. authorities are recording back-to-back successes in their clampdown on Nigerians suspected of fraudulent activities there.

The Nigeria/US treaty stated that “contracting Parties engage to deliver up to each other, under certain circumstances and conditions stated in the present Treaty, and those persons who, being accused or convicted of any of the crimes or offenses enumerated in Article 3, committed within the jurisdiction of the one Party, shall be found within the territory of the other Party.”

Article 9 stipulates “the extradition shall take place only if the evidence be found sufficient, according to the laws of the High Contracting Party applied to, either to justify the committal of the prisoner for trial, in case the crime or offense had been committed in the territory of such High Contracting Party,

According to the Criminal indictment document signed by United States Attorney, Byung Pak, and his assistants, the alleged fraud started around May 2016 and continuing through February 2018, in the Northern District of Georgia.

It says: Defendants Allen Onyema, Ejiroghene Eghagha, and others willfully have a tacit understanding with each other to commit bank fraud, an offense against the United States.

They knowingly devise and execute and attempt to execute a scheme and artifice to defraud financial institutions the deposits of Wells Fargo Bank and JPMorgan Chase Bank NA.

Between 2010 and 2018, the wired deposits amounting to over $44.9 million transferred from foreign accounts into Onyema’s Bank of America, Wells Fargo, and J.P. Morgan Chase accounts.

Between 2013 and 2014, Onyema used $3 million from multiple foreign bank accounts, including several Nigerian accounts, to purchase airplanes for the Air Peace fleet.

Between 2013 and 2016, accounts associated with his companies mentioned above transferred more than $3.8 million, which was meant to acquire, export, service aircraft, into bank accounts in the United States.

October 2017, Wells Fargo Bank received an export letter of credit request (ILCCOCBG17O2932) from Fidelity Bank in Nigeria on behalf of applicant Air Peace for a transfer of over $3.4 million into WF 8621 held in the name of Springfield Aviation, which is owned by Onyema.

The purpose of the letter of credit was purportedly to fund Air Peace’s purchase of Boeing 28561 from Springfield Aviation, an aircraft already owned by Air Peace.