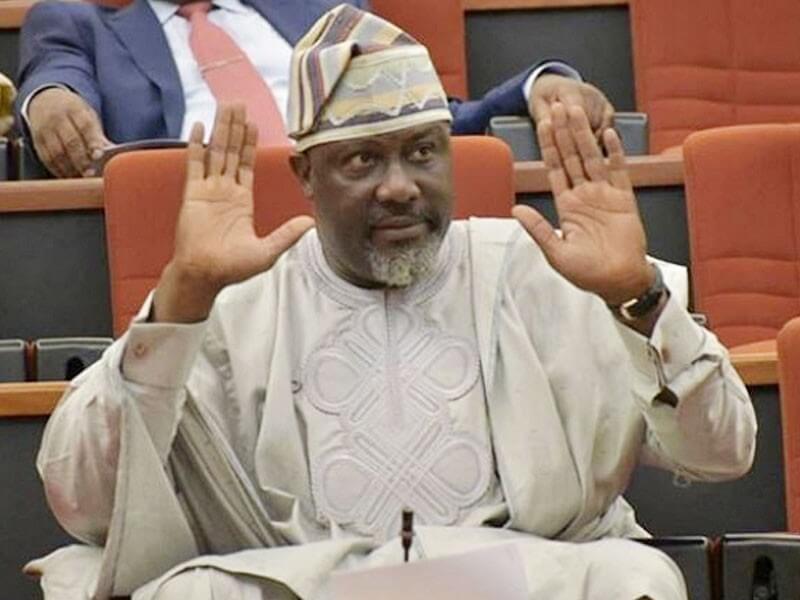 The Peoples Democratic Party (PDP) says it is has uncovered plans by security agencies and the Independent National Electoral Commission (INEC) to prevent the return of Dino Melaye to the senate by any means possible.

Recall that Melaye of the PDP had defeated Smart Adeyemi, his All Progressives Congress (APC) rival in the February election but the tribunal and appellate court annulled the election and ordered a fresh one.

In the fresh election which held on November 16, Melaye was trailing Adeyemi before the exercise was declared inconclusive while a supplementary poll was fixed for November 30.

In a statement on Saturday, Kola Ologbondiyan, spokesman of the PDP, said the party is worried about the poll as it does not trust INEC to conduct a free and fair exercise.

Supporting the call for cancellation, Ologbodiyan said the APC-led federal government does not want Melaye because of his stand for the interest of the people.

“It is public knowledge that all accredited local and international observers, including the Civil Society Situation Room, have declared that the elections did not meet the minimum standard for credible election and have unanimously called for outright cancelation,” he said.

“Moreover, there are reports in the public space that the APC-controlled Federal Government does not want Senator Dino Melaye in the Senate just because of his forthrightness in defending the interest of the people.

“Nigerians recall with shock how, at the presentation of the 2020 budget, Mr. President reportedly asked Senator Melaye ‘you, you mean you are still in this chamber?’. A question which meaning cannot be far-fetched.

“Our party has been made aware of how INEC and security apparatus have been instructed to use all means to stop Senator Dino from returning to the Senate. INEC had also blatantly refused to consider Senator Melaye’s petitions regarding the November 16 election.”