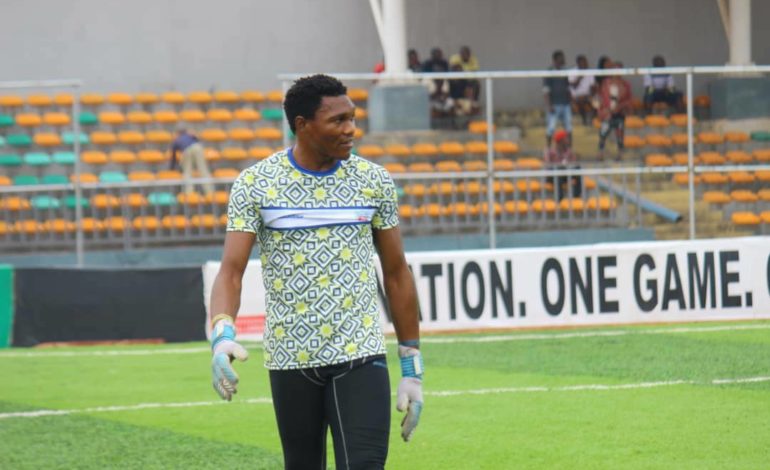 The safe hands is expected to be in goal for the Ilorin based side when the 2019/2020 Nigeria National League starts.

In 2017, he kept eleven clean sheets In 14 National League games in the colours of Ikorodu United.

Confirming the transfer the player’s intermediary Mr. Eddie Iseri Ogbemudia of Myron Topclass Sport Outfits said “I wasn’t surprised that he was snapped up by Kwara United after Heartland unilaterally terminated his contract for no just cause, Segun is exceptional, he was in the radar of Abia Warriors, but deal fell through, I must commend Segun Fatunwase professionalism, he has grown to be a role model for aspiring footballers.

He featured for Heartland in the NPFL in the 2019/19 season before making the move to the Afonja Warriors.

Share this on WhatsApp
Related Topics:Alfred Oluwasegun FatunwaseGoalkeeper
Up Next

Eaglets will improve their performance against Ecuador – Tijani